In November, Martha Giraldo spoke at our campus as part of a tour sponsored by Witness for Peace, in which she made a persuasive case for her conclusion that death squads are still operating in Colombia with support from both the U.S. and Colombian governments (under "Plan Colombia"). My family had the honor of hosting Martha and her companions in our home, and we got to know the woman behind the riveting story she told about her father, one of hundreds killed in Colombia in recent years.

Watch Martha tell her story at Fort Benning read the news about the very dramatic threat made on Martha in February 2010. The same page includes information about the appropriate people to call at the U.S. State Department, which continues to support the government against both the left-wing FARC and the thousands of civilians caught in the crossfire.

The situation in Colombia today is far too much like the situation in most of Central America 25 years ago. School of America's Watch is also hosting a page for those who wish to contact President Obama directly. 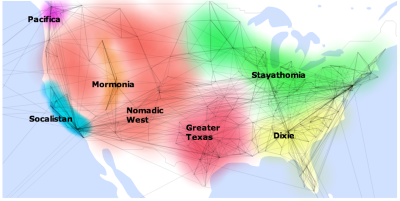 Facebook is geography! People use it to interact across space, and Pete Warden maps those interactions to tell a geographic story.
Posted by James Hayes-Bohanan at 8:53 AM No comments:

Based on a small reader survey, Cape Cod Times has published a top-ten gallery of coffee shops. Readers are like me -- equally interested in the beverage and atmosphere. Surprisingly, two big-chain shops are included, along with several independents that I have enjoyed, and quite a few that I need to explore.

(Thanks to my student and fellow coffee-fiend Megg for this article and the cool image below.) 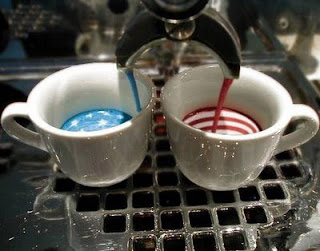 Posted by James Hayes-Bohanan at 11:23 AM No comments: