Buffalo and Other Climate Havens

Buffalo, New York declared itself a climate have in 2019 and has an Office of New Americans to facilitate its role as a place of welcome. In yesterday's episode of On Point, journalist Kimberly Atkins Stohr brings together an impressive array of guests -- from planners and scholars to a recent climate refugee in Buffalo itself -- to examine the many geographic implications of climate migration in America.

America’s Climate Havens of the Future begins with the story of Maria Agosto, a refugee from the eponymous hurricane that drove her from her home in Puerto Rico to her new home in western New York. On  Point is always worth listening to; this episode is worth listening to twice -- and taking notes. Some of its lessons are in my own notes below.

Sociology professor and demographer Matt Hauer describes lessons that are already beginning to be learned about the migration of humans because of environmental push factors. His own research focuses on migration that is likely to result from rising seal levels, and he is well aware that other consequences of climate change will also result in migration. Some patterns are counterintuitive, though: as dangerous as increased temperature itself is, a lot of migration is toward such urban heat islands as Atlanta and Austin, which exhibit pull factors that will continue to further their growth.

His models estimate 13 million migrants resulting from rising sea level alone. During the interview, he explains why other serious hazards -- from wildfires to hurricanes -- do not necessarily drive significant migration.

Beth Gibbons, executive director of the nonprofit American Society of Adaptation Professionals, says, "the past is no longer a good guide for what the future is going to look like." In some ways -- such as flood modeling -- the past is not even a good guide to the present.

Both Hauer and Gibbons note that a lot of migration continues to be stepwise -- people tend to move to nearby places where they might have some social capital before they make long-distance moves to places where they have little prior connection. The story of Maria Agosto and her family is an exception that may become increasingly common. Planners in Buffalo, in fact, are counting on it.

The city is already known as a welcoming place and is embracing its potential as a climate haven. Even the most welcoming places are working to mitigate aspects of rapid growth on housing affordability, indigenous communities, suburban sprawl, and more.

During the program, Missy Stultz, sustainability manager for Ann Arbor, Michigan describes some specific ways in which her city is preparing for its role as a climate haven Geographers, by the way, are well prepared for exactly the kind of work she is doing.

Gibbons points out that "legacy" (aka Rustbelt") cities of the north have the potential to benefit from climate-driven migration. She cites Detroit, whose population has declined from 1,200,000 to 700,000 and therefore has a lot of physical space for newcomers, but would need significant restoration of its infrastructure to return to anything like its former population.

She further describes how infrastructure investments can use both state and federal resources not only to accommodate new residents, but also to do so in more equitable and sustainable ways. Among the many specific details she mentions is the rarely discussed but increasingly dangerous problem of combined sewer overflow (CSO), which is just as nasty as it sounds.

We have been here before, though for different reasons. The episode page includes a link to What Migrants Displaced By The Dust Bowl And Climate Events Can Teach Us, a 2018 article by Francesca Paris on Here & Now Compass.

Posted by James Hayes-Bohanan at 9:56 AM No comments: 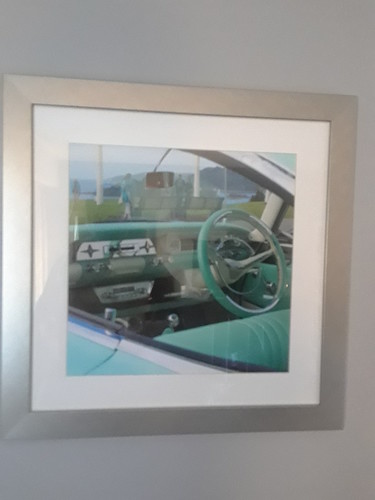 Posted by James Hayes-Bohanan at 2:38 PM No comments: