Everything has a geography. Well, everything that varies spatially -- which is almost everything.

And for every kind of geography, there is -- or should be -- a geographer. The clandestine disposal of murder victims is no exception.

Last year, we were talking with a friend about Serial, a podcast that explored a story in-depth over an entire season, each part of the report being released weekly. The first season gained a loyal audience, including our household. We were especially interested because it focused on the murder of a student at the high school from which my wife Pamela had graduated. Woodlawn High School -- just a few blocks outside the city of Baltimore -- had always had a tough reputation. The allegation that one student had been murdered by another -- her boyfriend -- had our attention.

Discussing the case with a local friend who was going to be marrying into a Baltimore family, we let her know a little bit of geography that everyone in Baltimore knows: where to bury a body. She tried a little geographic experiment at our request. She texted her fiance the question: "If you had to bury a body in Baltimore, where would you do it?"

We told her what his answer would be, and that he would probably not spell it correctly. Right on both counts. Everyone in Baltimore knows it is Leakin Park, but everyone also thinks it is called Lincoln Park.
Blogger Cham Green researches and speaks publicly about crime in and around his city. He has taken particular interest in the victims discovered in Leakin Park -- over 70 since 1946 -- and in using Geographic Information Systems to document them. He credits local journalists and the Enoch Pratt Free Library for assisting in his effort.

Posted by James Hayes-Bohanan at 11:33 AM No comments:

Coffee is not the main reason I like to show my students the Rosie Perez film Yo soy Boricua, pa'que tu lo sepas! As she explains in an NPR interview, this 4,000-year history of Puerto Rico is intended primarily for Puerto Ricans living in the United States. I find it to be important for a much broader audience.

Though coffee is not the focus of the film, it is mentioned near the beginning, as she and her relatives discuss the importance of a guest being served coffee immediately upon entering a Puerto Rican home, whether in Puerto Rico proper or in Miami, New York, or elsewhere. Coffee is, after all, great fuel for the conversations that cement a community. 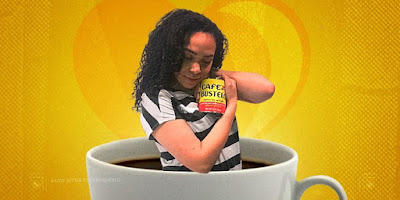 Recently I have been realizing that a particular brand of coffee is increasingly associated with that culture of warmth and hospitality: Bustelo. I use the word "realizing" because this has happened both through the questions I have been getting as a coffee maven and by way of readings from the Flama network of young Latinos and from Huffington Post.

The first of these -- by Flama contributor Barbara Gonzalez -- highlights tradition and familiarity as reasons to love this coffee, which she identifies as Cuban-style. Of course actual Cuban coffee is still illegal in the United States, nor does Cuba produce enough coffee to supply Bustelo's growing clientele. But Cuban-style generally means roasted dark, ground fine, and brewed strong, which Bustelo is. HuffPost writer Jay Weston goes a bit further, arguing that this is actually the world's best coffee, and that true coffee aficionados [sic] will agree.

This of course is not possible, since fine coffee and cheap coffee are mutually exclusive categories, especially if that cheap coffee is ground before packaging. This does not detract, however, from the cultural importance of this coffee, nor from the fascinating story of the family business that is Bustelo. If we could now just introduce them to shade-grown, fairly-traded coffee, it would be a truly magical tale!

Next month our whole family is going to Puerto Rico -- the first time for all of us, even though I did a major project there once (my boss made the site visit). Our main destination is on the coast, but of course we will spend part of the time in Puerto Rico's coffeelands!
Posted by James Hayes-Bohanan at 4:52 PM No comments:

I am very pleased that my coffee and geography outreach efforts bring me to Worcester with increasing frequency, as I collaborate with students at Worcester State University and Clark University (I do not really know faculty members at either place, but I know plenty of students and alumni at both).

The second largest city in New England is fascinating in many ways, including its unique approach to surface transportation. On the way back from WSU today, I decided to avoid the potholes of Route 9, and take the "highway" option -- Route 146 to I-90.

Negotiating this interchange, a question came to mind...

Which is the greatest factor of the three that define Massachusetts driving: 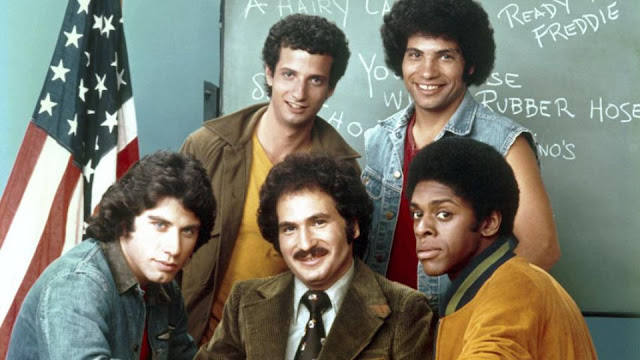 Posted by James Hayes-Bohanan at 5:41 PM No comments:

(I posted the following on Facebook on April 4, 2016, based on a conversation I had with my class of future geography teachers that afternoon.)

It is a very appropriate day to mention Selma, a film that captures an important aspect of what Rev. King was trying to do.
I noticed several things about this film when we watched it recently. First and foremost was the importance of voting among the goals of the civil-rights movement. The violence associated with Selma resulted from the segregationists being genuinely afraid of black voters. It is a shame to see the Voting Rights Act being disregarded in 2016,and to see people opt not to vote.

I also could not help notice that secessionist flags (that is, confederate flags) were featured prominently by both the governor and ordinary thugs. Again, I am astonished to see these flags flying -- even in my northern town -- in 2016. It only means one thing at this point.

I also noticed the importance of broad coalitions and a focus on issues rather than party when trying to change the world. Gov. Wallace and President Johnson were, after all, members of the same political party at the time of their standoff in Selma!

Finally, I was reminded that many of these key events took place in my lifetime -- not all that long ago.
Posted by James Hayes-Bohanan at 7:06 AM No comments:

American Exceptionalism is the increasingly misguided notion that the U.S. is best at everything simply because it is the U.S. It is a tribal instinct that encourages the brusque dismissal of critiques that admit of ways in which life might be better somewhere else. "Love it or leave it," is the refrain of  this peculiar worldview.

Howard Gardner is a U.S. educator who did leave it -- for a professional opportunity -- spent five months in Finland with his family. He can now share his perspective on why Finland has the best schools.
No place is actually best at everything of course, but Finland is consistently identified as the very best in education. It should not be surprising that this is accomplished mainly by valuing educators -- holding them in higher regard even than politicians, consultants, and publishers of odious testing regimes.

Another key is a leap of faith -- counterintuitive, perhaps -- by which inattention to frequent testing leads directly to excellent results on annual tests. Who ensures that the students are learning? The same people who took care of this when I was a kid in a very different United States: teachers. Not the accountability industry or ETS: teachers.

Another key: recess outdoors. While many (most?) U.S. children no longer spend 15 minutes a day outside, their Finnish counterparts are outside 15 minutes out of each hour.
How do teachers in Finland avoid being stifled by bureaucrats? According to the article, it is because educational leaders protect children from politicians. In the U.S., children are pawns in games that feature educational leaders feeding teachers to the politicians who set school (and university) budgets. Teachers who should be -- figuratively -- driving the education bus are thrown under it instead.

I actually know a fair number of politicians, and I spend time talking with them about education. Individually, they respect teachers and want the best for children. After all, most of them once were children and many of them have children or grandchildren in school. As individuals, many of them also respect teachers. After all, they are successful people, and all successful people have teachers to thank for at least some of their success.

Collectively, though, something goes awry, and even well-intentioned legislators underfund education while over-regulating it. For us to catch up with Finland, this needs to change.

Finland's lead in education rings true for me, as I did a bit of work with a Finnish social scientist when I was in graduate school. He was more articulate in English (his second or third language) than most people who speak it as a first language.
Posted by James Hayes-Bohanan at 1:08 AM No comments: