At this week's Intersessional Meeting of the FAO Intergovernmental Group on Tea in Washington, the hotel provides hot water and cups, and the "captains of tea" from all over the tea-growing world bring samples. 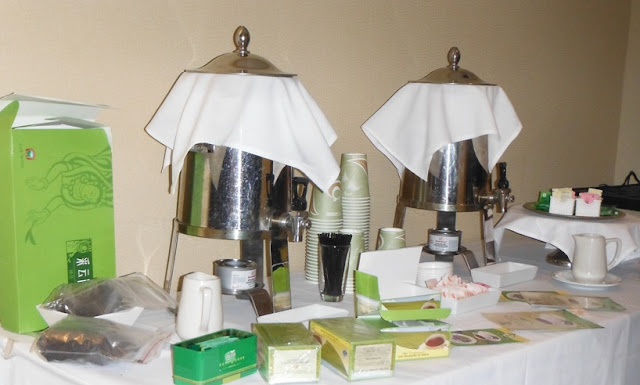 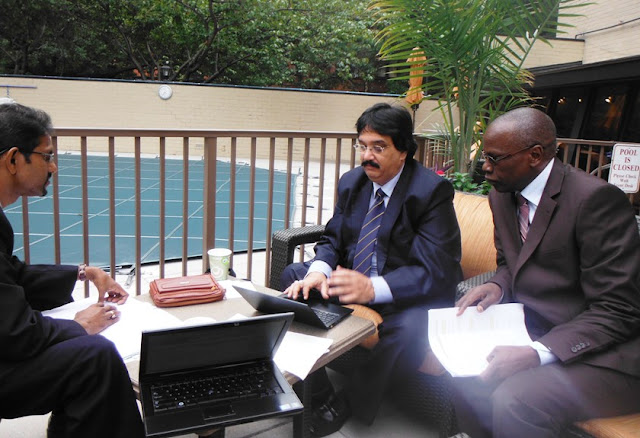 Having no diplomatic credentials, I was very grateful to be admitted to the meeting as an observer, and gratified to be included in one of the Working Group on Climate Change, whose official members are shown above at our (covered) poolside meeting. I was able to participate as a geographer with this group of top tea researchers from Sri Lanka, India, and Kenya (shown left to right). 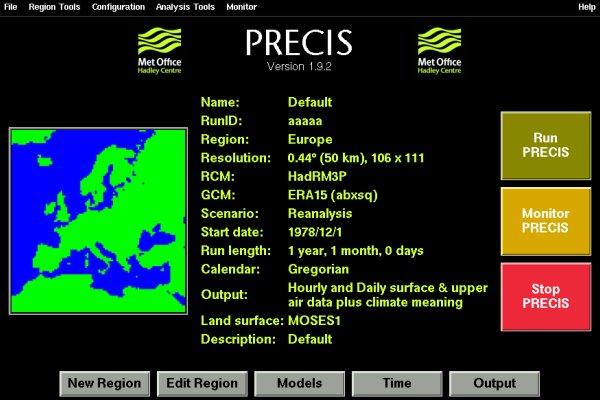 We developed a report (based on our chair's discussion paper) that will guide the FAO-IGG on tea as it prepares to help tea growers around the world adapt to climate change. Building on the PRECIS regional climate model from the British Hadley Centre. Climate change and tea production are spatially quite variable, and climate varies temporally as well. Because a given cultivar of tea remains in place for 40 years or more, climate adaptation means mapping the best tea cultivars for future conditions. We have taken a small step toward using GIS to provide decision support for farmers adapting to change. 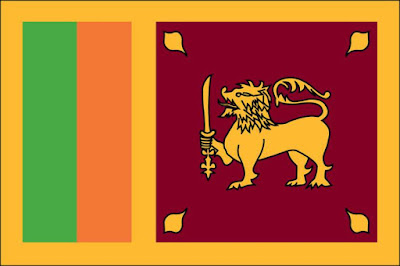 I had been doing most of my recent writing on the teas of Sri Lanka, so I was delighted to meet quite a few Sri Lankans, and to ask directly about the uses of :"Ceylon" and "Sri Lanka." The colonial name (Ceylon) of the country had so much global recognition that it is still used to refer to the tea, even though the country itself has reverted to its pre-colonial name (Sri Lanka).

As I was discussing this, Sri Lanka's trade minister invited me to a tea seminar and tasting later in the week, to hosted by the only ambassador at our meeting, the Hon. Jaliya Wickramasuriya. The event was both informative and enjoyable.

We learned about the trade in Ceylon tea, the care that is taken with protecting its reputation, and its importance to the Sri Lankan economy. We also learned about Walter's Bay, a U.S. company that maintains as much of the tea commodity chain as possible inside of Sri Lanka.This is a cost-effective way to promote social sustainability in tea processing.

At the end, we were treated to a tasting that included all of the Sri Lanka's regional appellations.

2018 Updates: I eventually had to abandon the encyclopedia project -- a semester off from teaching was not nearly enough time to complete it. But the experience did expand my beverage horizons and let to a new colloquium on tea and climate change.

The group I met with in D.C. continued its work, and though it took a different shape than originally envisioned, it has led to a comprehensive report on climate change in the tea industry, which includes thoughtful ideas on both cause and effect. 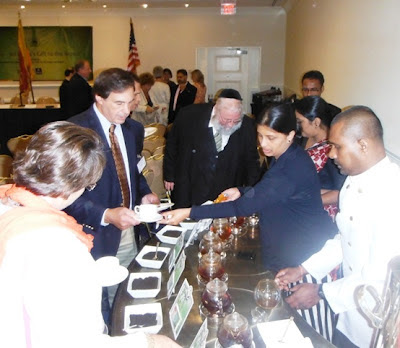 Posted by James Hayes-Bohanan at 11:38 AM No comments:

The Road (?) to Belmopan

Always looking ahead to the next adventure when I should be finishing the current one, I have started looking at maps that will help us to plan our Geography of Chocolate course (actually called Mayan Gold) in Belize next year. When doing quick look-ups of travel distances online, I was surprised that it could take so long to get around in what I thought of as a fairly small country.

As I investigated further, I was reminded of the New England adage -- often repeated with a fake-Maine accent like the Pepperidge Farm man -- that "You can't get there from here."

Click the image below to see that Mapquest's error message is almost identical to our regional cliche, even though it appears next to a clearly-marked highway joining two small towns less than 20 miles apart.

Google Maps proved a bit more intrepid -- if software can be said to have an adventurous spirit -- when I queried the same trip. Apparently avoiding a washed-out bridge on the Western Highway, it suggested the use of remote, unimproved roads requiring five hours to cover 120 miles.

It is a good reminder of the value of a healthy dose of skepticism and solid geographic skills, even in an age when computers seem to have all the answers. A new colleague at ISIS (where we will be teaching, in San Ignacio) was able to confirm that the direct route actually is open. Important bridges are sometimes lost, such as the 2008 washout of the Kendal Bridge in southern Belize in Tropical Storm Arthur, and apparently the major databases have erroneous information about a lost bridge between Belmopan and San Ignacio.

Many of our BSU colleagues and students have visited Belize for study or service trips, and we have met quite a few educators and students from Belize as part of several partnerships in the country. We are very much looking forward to our chance to get to know the country formerly known as British Honduras. We love quiet adventures, so a country whose three largest cities have barely 100,000 residents between them is quite attractive. Belmopan is, in fact, among the smallest capital cities in the world. Only the capitals of Vatican City and about three dozen island nations and dependencies have smaller capitals.

Ironically, one of the major bonuses of visiting Belize will be the chance to visit a site in Guatemala that we missed on our 2008 coffee trip there. Many people suggested a "side trip" to the Maya ruins at Tikal -- which would have required a flight or a truly inordinate amount of bus travel. From our digs (no pun intended) in San Ignacio, however, this will be a brief jaunt.

Mainly, however, we look forward to meeting our students and traveling with them to the cacaolands of the south, and as time allows, exploring the Cayo district, which includes Mayan ruins of its own at Xunantunich.

And for all of this, the Hawksworth Bridge will ensure that we really can "get there from here!"


Posted by James Hayes-Bohanan at 11:29 PM No comments:

From my travels to the coffeelands of Nicaragua, I have learned that there is a market for every bean. From planting to pruning to harvest, and through the many stages of drying, milling, and roasting, coffee beans in are sorted.

Several years ago, I was with students on a sorting area at Selva Negra when a student asked what would happen to the rejected beans. "Dunkin' Donuts" was he answer, only half in jest. This came to mind while I was hand-milling pergamino coffee that was from Finca Mil Flores in Nicaragua. Among the many excellent beans, I noticed one inferior bean, enough to ruin a batch -- or to start a perfectly normal batch at DD. 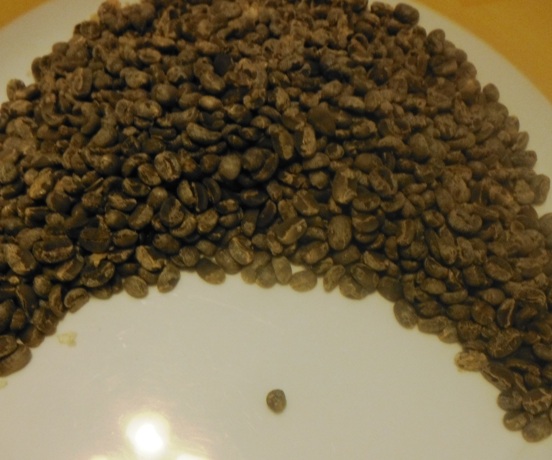 Posted by James Hayes-Bohanan at 1:53 PM No comments: 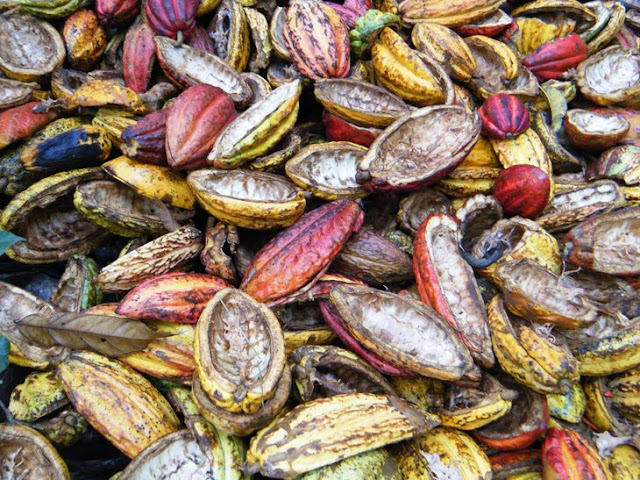 When I was shown these cacao husks being composted on a small farm in Nicaragua, I could not help but admire the surprising variety of colors. I was visiting the farm with students as part of my 2010 Geography of Coffee study tour in Jinotega and Matagalpa. Although Coffea arabica and Theobroma cacao are not close botanical relatives, the geography of chocolate is remarkably similar to that of cacao.

All of my visits to Nicaragua have included Castillo Cacao, an artisanal factory in Matagalpa, and as the cultivation of cacao (from which chocolate is made) continues to expand in Nicaragua's coffeelands, we intend to make cacao farms a regular part of the program with Matagalpa Tours, as we will in January 2013.

And just as my interest in the geography of coffee has now led me to work on the geography of tea, librarian Pamela Hayes-Bohanan and I have now been invited to teach an entire course on the geography of chocolate at the Institute for Sustainable International Study in Cayo, Belize. Our two-week class -- Mayan Gold -- will combine Pam's expertise on Mayan culture with my growing understanding of the global trade in chocolate and cacao (the food and the crop, respectively), and is available for easily transferred credits.