Note: I began this post in November 2015, as world leaders (an over-used and often ill-deserved term) briefly focused on the Paris climate talks. (I posted some related material in December.) Of the many important aspects of climate disruption and climate justice under discussion, I was particularly interested in the point of view of low-lying island states, particularly those of the Pacific Ocean, as were students in my Geography of Climate Justice honors seminar. Low-lying states merit this concern because climate justice is concerned with disproportionate suffering from climate change relative to a community's contribution to the problem, and nowhere are the geographies of responsibility and vulnerability more disparate than the world's tiniest settled islands.

At around the same time as that meeting was taking place, we learned that many assets of the venerable National Geographic -- which in recent years had finally begun to cover climate change in important ways -- had been sold out to the pernicious Rupert Murdoch, and we feared he might have bought it specifically to silence its climate reporting.

A special issue on climate change was published just before the announcement of the deal --  and at the we wondered whether it might be the last. [December 2016 update: So far, we have not seen a Murdoch effect on the reporting, thankfully.]  The special issue -- "Cool It" -- includes excellent reporting on Kiribati (pronounced KEE-rah-BAHSS) by Kennedy Warne and Kadir Van Lohuizen, entitled  Rising Seas Threaten These Pacific Islands but Not Their Culture.

This article is important not only for drawing attention to the plight of low-lying states, but also to the humanity of the people who live in them. Often, when we here of the dangers or discomforts of living in a particular place -- fires in California, tornadoes in Oklahoma,  winters in New England, drought in the Sertão --  we ask "Why would anybody live there?" The short answer is usually, "Because it is their home." Through stories and photos of daily life, Warne and Van Lohuizen help us to understand that Kiribati and its people deserve not just our sympathy, but our care. 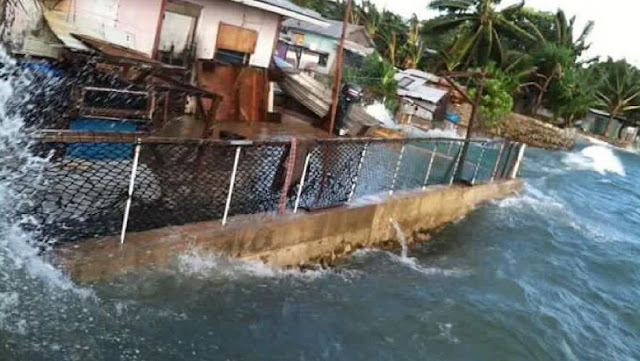 Among these, the story of Kiribati -- about which I wrote in Climate Foxholes in 2013 -- is perhaps the most poignant. It is a country that is already losing ground -- quite literally to the gradual advance of the ocean. As serious as that gradual inundation is, the battering of Kiribati and similarly situated countries by wind and wave is much more complicated and a much greater threat, as Boston's WGBH climate reporter Heather Goldstone described vividly in The Angry Seas Will Kill Us. Despite the strong will to stay in their homeland described above, her story discusses planning and options that could include the first complete abandonment of a nation-state.

Kiribati shares some unusual characteristics with most of its Pacific neighbors -- tiny tracts of land are separated by immense expanses of water. In many cases, countries whose land area and population are comparable to a small city or large town are scattered over spaces measured in tens of thousands of square miles. The difficulty of creating effective maps of such territories is one reason that even professional geographers in the United States tend to know relatively little about these countries. 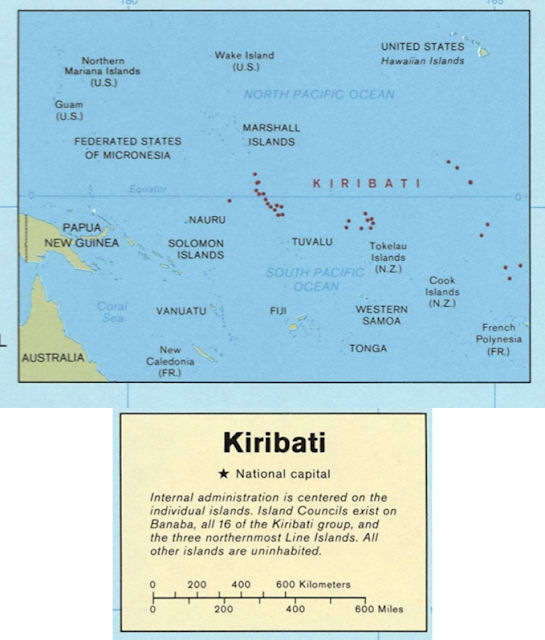 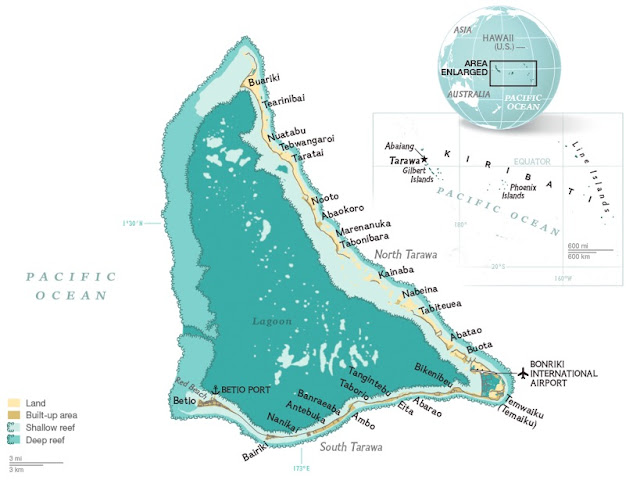 We do our best, though, teaching about Kiribati and other Pacific nations as part of our EarthView program. 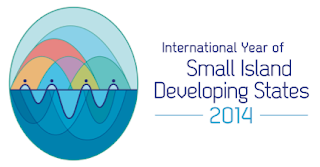 To learn more and to stay informed, visit the web site of the Alliance of Small-Island States (AOSIS) and follow its efforts.

It truly gives no pleasure to mention that what has begun for Kiribati has also begun for the United States. It should be no surprise that the first climate refugees in the United States are on the margins of Louisiana, where an entire community is being moved from their homeland as it sinks and seas rise.

As reported in Daily Kos, a small community of Biloxi-Chitimacha are the first official refugees from rising seas in the lower 48 states. (Native communities in Alaska have already been displaced.) They are not the first internal climate refugees, necessarily, as the Oakies fled a regional climate disaster in the 1930s, but they are the first community to be resettled in toto from the Lower 48 as a result of global climate change. 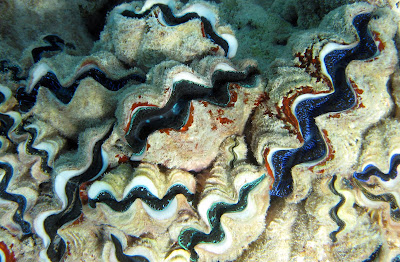 Researchers from the New England Aquarium and Woods Hole recently visited Kiribati and returned with some good news. For complicated reasons involving its position among ocean currents and the conservation efforts that have been undertaken, the corals of Kiribati appear to be in recovery. The severe bleaching has been reversed and the ecosystem is improving. This story DOES NOT let humans off the hook for continuing to warm and acidify oceans. But it is a reminder that our efforts to conserve and protect wildlands and wild oceans are worthwhile.
Posted by James Hayes-Bohanan at 1:20 PM