For four of the past five years, I have enjoyed a nice New Year's Day tradition -- attending an open house with many friends here in snowy Bridgewater in the midst of final preparations to lead a study tour to Nicaragua. As of January 1, I have usually gotten most of the gifts I will take to my host family and the other coffee farmers we will meet, and I have gotten all of the information I can to my students. So I spend the day savoring the good company of my friends and my family, while also thinking about the upcoming adventure far to the south ... and the last-minute preparations of packing and travel documents.

January 1 (or more likely, late the night before) is the only day most people think of Guy Lombardo. And for years, Auld Lang Syne was his one-hit wonder, to my knowledge. That is, until a friend shared this gem from 1946. The song is kitchy, to say the least, and the lyrics both celebrate and stereotype Managua as a tropical place. The video below puts the song in sharp relief, as it shows imagery from the days of the elder Somoza, a dictator installed by the United States Marines. Managua never developed the cachet of Havana, but it was a bit of a playground.

The video is brilliant in its juxtaposition of the song's flippant remark about siestas and laziness with the languid lounging of the lily-white elites of a bygone era.


The elaborate statuary shown in the middle of the video are in contrast to the ironic statuary currently found at the site where Samoza's treachery resulted in the death of Sandino. 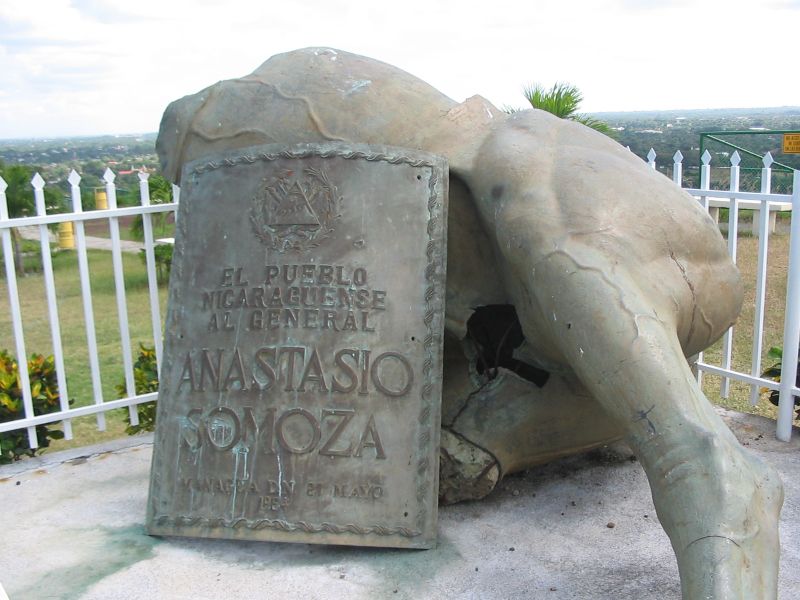 Posted by James Hayes-Bohanan at 11:09 PM