During my 2006 study tour to Cape Verde, my students, colleagues, and I had many privileges, including a meeting with the U.S. Ambassador Roger Pierce and a tour of the Presidential Palace before meeting with President Pedro Pires. I remember our group of 30 being a tight fit in the embassy and having much more room to room in the palace. It was a palace, after all, so this was not surprising. We did not visit the Chinese embassy, but driving by I remember being impressed -- it was bigger than the other two buildings combined, and was among the largest buildings in the country. 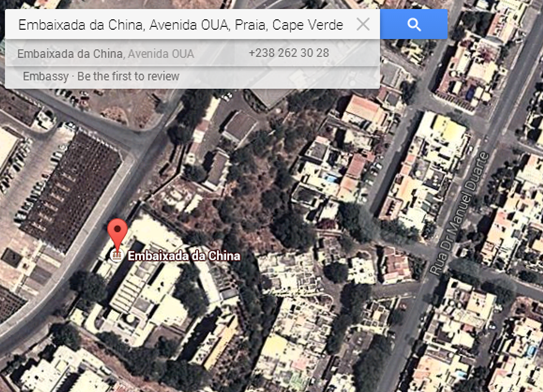 I had proposed the course in response to news that Cape Verde was the first recipient of the U.S.-funded Millenium Challenge Grants, which were short-term infusions of aid intended to help countries rapidly improve their economies. I was -- and remain -- most interested in seeing what we could learn about the social and environmental sustainability of such rapid development. During the travel course, we also visited a relatively small-scale irrigation project that was part of a plan to increase the food security of the country. At the top of the dam was a pagoda, signifying and celebrating Chinese involvement in the project.

Since that visit, I have heard about the steady expansion of Chinese investment throughout the continent of Africa, the most common explanations for which have been its interests in petroleum and other minerals and a general interest in expanding its geopolitical sphere of influence.

This morning I heard two additional and important explanations in an NPR story about Chinese investment in Tanzania and Zambia. Howard French indicates that Africa's growing population is seen as a desirable consumer market, whose one billion people may number two billion by the end of the century.

The author of China's Second Continent goes on to suggest something much more intriguing, though. Geographic illiteracy in the United States contributes directly to China's comparative advantage in the continent. Many of the projects funded by the United States through the Millenium Challenge Grants mentioned above are actually completed by Chinese companies because U.S. investors have so little understanding of the varied opportunities available throughout the continent. Victims of the uniformly dismal portrayals of Africa in U.S. media and publishing -- which I recently discussed in A Billion People Plus One Tree -- they do not even think to compete for work there.

Posted by James Hayes-Bohanan at 4:55 PM