Geographers often study agriculture, and for several good reasons. As a discipline concerned with earth systems, we can help to ascertain how a given crop fits into -- or does not fit into -- the ecology of the places where it is grown. Because agricultural systems move food grown in some places to people living in other places, it is rich with questions of movement, networks, and connections. Agriculture operates at the interface between people and the land, and so does geography.
This comes to mind as I read a story that a friend in the coffee industry recently shared about California coffee. Many people already associate coffee with the Golden State, because significant players in the specialty coffee movement have come from there, especially from the San Francisco area. One of these is Paul Katzeff, founder of Thanksgiving Coffee and a key importer for my friend Byron. The definitive coffee history book Uncommon Grounds includes subchapter entitled "God's Gift to Coffee." I met him briefly in Matagalpa during my very first trip to Nicaragua in 2006, and among many important things I learned in that quick conversation was that it is possible to grow coffee in California, as he was doing near his home.

This was not a complete shock -- geographers understand that a given crop can be grown just about anywhere if cost is not a factor. A classic example is that greenhouses can provide tomatoes for miners in Siberia. A lot of the work geographers have done on agriculture concerns identifying factors that influence crop choice, which include both climate and soil as one would expect, and the costs of labor, machinery and transportation.

Katzeff's coffee is akin to the Siberian tomatoes -- something he is willing to do at a high cost because of his passion for the crop, but not something that would be considered commercially viable.

Until now, possibly. The photograph above was taken at an elevation of just 650 feet in Goleta, just west of Santa Barbara. That is a fraction of the elevation of most world-class coffee farms, and more than 10 degrees of latitude outside the traditional Coffee Belt.

It accompanies Stephanie Strom's recent New York Times article Your Coffee Is From Where? California? A widely-accomplished journalist who has recently focused on food, Strom's reporting on the emerging coffee-growing scene in California touches on several interesting aspects of the geography of coffee.

The first thing I noticed is that the coffee is associated with avocados. It was from coffee farmers we met during a 2008 visit to the Atitlan area of Guatemala that I learned that the two tree crops could thrive in the same environment. As coffee farmers throughout the world seek to diversify their crops as a protection against climate change, related pests, and market volatility, avocados are therefore one possibility.

Avocados do not, however, provide the shade needed for genuine shade-grown coffee, of which there are several kinds. Real shade-grown coffee conserves water, provides an ideal habitat for coffee as well as birds, other wildlife, and perhaps epiphytes. It provides appropriate conditions for organic and biodynamic coffee. Simply planting coffee next to trees of a similar size provides minimal shade benefits, and only the slight ecological benefits of duoculture over monoculture. (I made that word up, but I think I am correct on this critique.)

Second -- and even more important -- is the insights the article provides into the costs of growing coffee. As I write this, coffee futures are trading for $1.26 per pound of green, ready-to-export coffee; see the widget at the top-left of this screen for up-to-the-minute prices (shown per 100-pound bag). Customers tend to pay several times more than this, of course, to cover packaging, shipping, transportation, processing, brewing, and profits amounting to many hundreds of millions of dollars each year.

Fair-trade prices are based on the minimum cost to produce coffee, and although this varies geographically, certification currently requires a payment of $1.40 or more. A story far more important than California coffee, therefore, is the story of how farmers get locked into agreements in which they do not even meet costs most years.

As the article points out, production costs in California are much higher, mainly because of prevailing labor and land costs. As with Hawaiian coffee, the higher costs will only be justified if truly remarkable flavors can be developed.  This presents California growers with an interesting challenge: mechanization is the only real way to keep costs under some kind of control, but mechanization -- particularly in the harvest -- is likely to reduce quality.

Mechanization in coffee usually involves harvesting methods that simply shake each tree over a large pan that catches the fruit. Because Arabica coffee does not ripen at the same time, high-quality coffee is harvested by hand four or five times during the season. All of my friends in Nicaragua do this; my friends in Brazil do not, because the low elevation of their farm means that they cannot command a premium for quality, and therefore cannot afford to pay for handpicking at Brazil's higher labor costs. Hand-picking would improve the quality of their coffee, but not enough to justify the cost.

It remains to be seen whether California can square the circle of commanding a higher price without paying for human harvesters. As the article mentions, California growers are placing a great deal of their faith in selecting the best varietals. These are cultivated sub-species of Arabica, analogous to grape varietals. The Caturra mentioned in the article, for example, is commonly grown in Nicaragua as well as Colombia, and is known as Coffea arabica var. caturra. Each is best suited to particular conditions of soil and microclimate.

As I thought about how to represent these differences graphically, I struggled with how to make California's crop visible on the same image as the world's crop. As I was playing with the math, I realized that another analogy might be helpful. Consider the year's coffee production, which in 2016 totaled just over 20 billion pounds -- enough to make something like a TRILLION cups of coffee.

Imagine the crop being consumed in this order through the calendar year: biggest producer, next biggest, then all the rest, followed by Hawaii and California at the very end. This is not possible, for a whole host of reasons, but as a thought experiment it is telling.

On January 1, we could begin drinking coffee from Brazil. In 2016, Brazil's coffee could have supplied the world right up through my birthday in early May. The second-largest producer is Vietnam, whose coffee could supply the world from then through Independence Day on July 4. That is correct -- well-known Brazil and little-known (in coffee terms) Vietnam supplied over half the world's coffee in 2016, though almost none of its specialty coffee.

From the summer months until Christmas, we could drink coffee from about 50 other countries throughout the coffee belt -- Mexico, Peru, Indonesia (mainly Java & Sumatra), Kenya, Ethiopia, and many more.

On Christmas Eve -- as a special treat -- we could start drinking coffee from Nicaragua, where my friends grow some of the highest-quality coffees in the world. On the afternoon of New Year's Day, perhaps around 5 p.m., it would be time to drink some Hawaiian coffee, which would take us through our evening celebrations. And then ONE SECOND BEFORE MIDNIGHT, the world could slurp down all of the coffee produced in California! 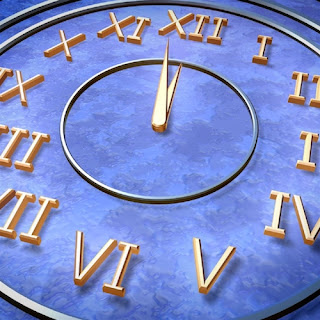 One of the advantages of my reputation as a Coffee Maven is that a wide network of friends who keep me updated on coffee developments. As mentioned above, an industry friend let me know about this story last year; more recently a local friend from my church let me know that journalist Jodi Helmer of NPR had covered it more recently. With another crop year having passed in such a young trend, it seems there is even more exuberance, though the use of the phrase The State's Next Gold Mine might be a bit overmuch.

Posted by James Hayes-Bohanan at 10:26 AM