My initial interest in Latin America was the problem of deforestation in the Amazon. I lived in Mexico and in the U.S.-Mexico borderlands for a number of years before living in Rondônia for three months for my dissertation research in 1996. Thanks to people I met during that stay, I started to learn something about the music of Latin America.

I took more interest in the music around me during our last year living in southmost Texas, and I started to do a bit of research on the cultural geography of the music of the entire region. A decade later, I did a small tour of Massachusetts college campuses, discussing the topic as a MaCIE Lecturer -- complete with a wheeled suitcase full of CDs so I could play examples for my audiences.

The eclectic music I have found -- much of which I have also played for a lot of my classes -- has included rock music, and some of that rock has exhibited interesting connections with traditional musical forms. So I was excited to learn that the growing catalog of original international programming from Netflix would include a six-part series on Latin rock.

My favorite librarian (and fellow Latin Americanist) and I have now watched the first and second episodes, and almost everything we have seen and heard is new to us. In other words, the world of Latin rock music is much bigger than we realized, and the coverage of Break It All: The History of Rock in Latin America is thorough.

The second installment -- "La Represión -- is particularly poignant, as it focuses on a period in which young musicians and their fans found themselves at odds with increasingly repressive governments, most of which were closely allied with -- or even installed by -- the United States. Weaving together archival video from the first half of the 1970s and interviews with many of the musicians themselves, we learn about varying degrees of repression in Mexico, Chile, and Argentina.

One chilling detail is the bonfire in which Chilean soldiers burned rock music albums during the 1973 U.S.-backed coup. It reminds me of the glee with which religious extremists in the United States were destroying albums just a few years later. I witness the breaking-not-burning version at indoor rallies of Kansas City Youth for Christ. I was never tempted to go that far in my "devotion" but nor did I understand the real implications of such frenzy until reading F451 years later. It was also at KC-YFC that I first heard the name of Guatemala's dictator Ríos Montt -- whose religiosity was admired by the group.

Allende's attitude toward youth and music was in sharp contrast to those of the dictators who followed him in Chile and elsewhere. In Argentina, for example, Jorge Alberto Fraga was both a military dictator and the secretary of social welfare. When asked for his opinion of the origin of drug addiction, he did not hesitate to equate social pathologies with the very act of thinking. More work and less studying were needed, in a view echoed by anti-intellectuals to this day. 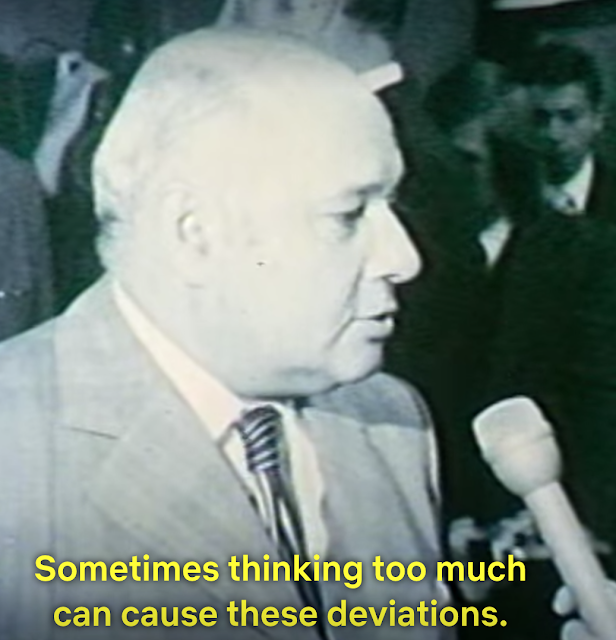 So far, the series makes very little mention of Brazil, perhaps because the producers speak Spanish but not Portuguese (I'm speculating). This episode brings to mind three Brazilian artists -- two musicians and one visual artist -- whose stories I do know and share with my students. One of them is Chico Buarque de Holanda, whose ongoing performance of the song "Calice" was a remarkably brave act of defiance during that country's dictatorship.

Another is Sergio Mendes, who spent much of his career in the United States after being forced to flee. When he eventually went home, he named his next album simply Brasileiro, meaning Brazilian. The Grammy-winning album bursts open with 100 samba drums recorded in Rio -- where these things are decided -- and continues as a musical declaration of this refugee's right to return.

The final example is an artist I met personally -- and whose work is on the wall in front of me as I type this: Anká. My encounter with him and his art is described in the third entry of my Folha da Fronteira newsletter, written just after I visited his Amazon hermitage in 1996. I explain that he would not tell me his full name nor the place of his birth -- and I thought he was kidding when he said that these were "details for the police." It was almost 20 years later that I realized he was not kidding at all, and that it was no coincidence that a Brazilian man of a certain age without a phone, a legal name, or even a street address would also be an artist.

Posted by James Hayes-Bohanan at 4:09 PM