In the 1950s President Kubichek who called the Brazilian Amazon "terra sem homen para homens sem terra" -- a land without men for men without land. This was both sexist and ethnocentric, as thousands of indigenous people already lived in the region. Because of the pressure on land in the dry Northeast of Brazil -- and the unwillingness of large landowners there to provide any relief to starving smallholders -- the Brazilian Amazon was opened with major and notorious road projects. The BR-364, for example, was paved with the good intention of providing land in Rondonia for 10,000 families to join 70,000 people then living there. When I arrived in 1996, a million and a half people lived in the state, and its deforestation was a rallying cry for environmentalists the world over. 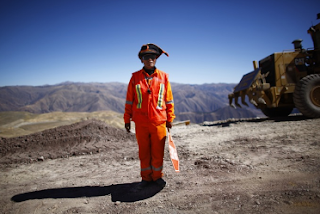 Although the entire length of the Amazon River proper is found within the borders of Brazil, fully half of the watershed and the rain forest it contains is found in neighboring countries, such as Peru. Brazil and Peru are now working together on a road project that -- as with the Transcontinental Railroad a century ago -- will join South America from "sea to shining sea."

National Public Radio focuses on the Peruvian part of the project in an excellent series by , by Lourdes Garcia-Navarro, The Amazon Road: Paving for Progress? The story includes a thorough explanation of how road development for one purpose leads to the exploitation of resources for other purposes. As with oil booms and gold rushes in the United States, brief explosions of populations in the pursuit of minerals lead to permanent settlements, even in places that are ecologically ill-suited to large-scale agriculture.

The series includes maps of the part of Peru involved in the project -- which skirts alongside forest reserves that are likely doomed by this opening. The maps suggest, erroneously, that the road does not yet continue past the Brazilian border. See the map below to explore the area and to see that the highway connects to BR-317, which crosses the western Brazilian state of Acre very close to the Bolivian border. BR-317, in turn, connects to BR-364, which so thoroughly changed the landscape of Rondonia two generations ago. (Chapter Two of my dissertation describes this process of change, and provides citations for more detailed descriptions.)

Posted by James Hayes-Bohanan at 7:58 AM