In coming days, the Hayes-Bohs are likely to make an exception to our usual rule of avoiding the opening day of anything. Some people thrive on the excitement, but we would rather check out a new store, sports season, or film after the crowds have subsided. Depending on the weather (that's a long story), however, we might make it to the opening day of a new film called The Book of Life.

The reason for the unusual title of this post ("Day of the Book") is that director Jorge Gutierrez -- in his interview with Mandalit del Barco -- describes some difficulty in using the holiday name "Día De Los Muertos" ("Day of the Dead") for his work because of efforts by Disney to copyright the name of the holiday! Hear more about the making of this film from his interview on Latino USA. 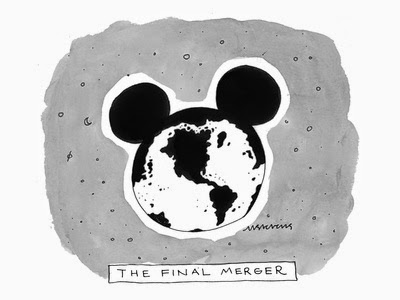 Fortunately, despite such annoyances -- and the tendency of the holiday to be associated with low-rent horror films -- Gutierrez was able to find a producer willing to support a film that celebrates the true meaning of the holiday, which has to do with honoring departed family and friends, who remain more connected in many Latin American contexts than they do elsewhere.

Whether we make it to opening day or not, we look forward to seeing this independent film soon, though the trailer suggests the production does not entirely succeed in avoiding the Disneyfication effect.

Posted by James Hayes-Bohanan at 6:16 PM