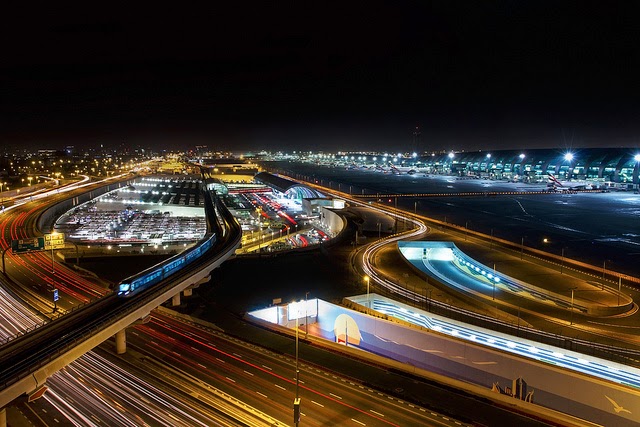 I still consider the ability to travel frequently such a privilege and blessing that I am reluctant to complain about the discomfort of airports. Reluctant, but not entirely immune: just ask me about a cold night spent at JFK in January 2013 or the frustrations of Miami International in January 2014. A great deal has been written, in fact, about the growing privations of air travel and of the growing class divide inside airports, between elite travelers and the prolls.

While many of us have been fixated on the insides of airports, UNC professor John Kasarda has been paying attention to what is going on outside, and it has been pretty remarkable. In an extensive and fascinating discussion on Innovation Hub, he explains the many ways in which airports have been transformed into geographic amenities, generating employment at all levels and actually driving up property values.


He explains why a neighborhood very close to the many runways of Dallas-Ft. Worth International Airport that has the highest incomes in the United States, and confirms my suspicions that the region around our "family airport" in Virginia is the fast-growing in the United States -- a sea of culs-de-sac and shopping malls.

Kasarda goes on to explain that not only is proximity to airports increasingly important, but that airports themselves are also becoming destinations. On my own campus, a committee recently needed to interview candidates for the presidency of our university. Between the phone interviews and the in-depth campus visits, they performed an intermediate stage of interviews with semi-finalists. The entire committee spent several days at a nearby airport, while each candidate flew in, met with them, and flew back out. The geography of airports is indeed changing.

When I mentioned this post to my friend and fellow geographer Vernon Domingo, he reminded me that George Clooney's character in Up in the Air had an airport-based worklife.

Posted by James Hayes-Bohanan at 12:20 PM