When we lived in the southmost tip of Texas, one of our main environmental projects was to help improve a wildlife corridor along the Rio Grande. The idea was to connect small fragments of wildlife habitat, using carefully-chosen strips of land to facilitate movement between patches of preserved land. This would magnify the benefits of available land. For example, if four fragments of 100 acres each are connected, the resulting land might not be quite as valuable -- from a biodiversity perspective -- as a 400-acre plot would be, but it would likely support greater genetic diversity than a 100-acre fragment. In other words, the value of fragmented habitat is no greater than that of the largest fragment.

Creating such corridors is as difficult as it is important. Habitat fragmentation occurs because people put the land between patches to human uses -- such as housing, commerce, transportation, and agriculture -- and some of these uses are difficult to reverse, even where there is a will do so. The effort in South Texas had been underway for more than a decade when we arrived, and two decades later, US Fish & Wildlife Service presents it as an aspiration, rather than a reality.

This is all prelude to a few stories I have encountered recently, regarding the protection of migratory butterflies and of bees. One of these is the news that actor extraordinaire and all-around great human Morgan Freeman has created his own reserve for bees in Mississippi. He makes the case that setting aside space for wildlife -- especially pollinators -- is important. One a much smaller scale, we have tried to do something similar, and have greatly increased the plant, bird, and insect biodiversity at Casa Hayes-Boh, a mere one-third of an acre that is part of the WWF Habitat program.

More directly relevant to the corridor concept is the effort to create a safe passage for monarch butterflies along the I-35 corridor from Texas to Minnesota. This is the same highway that is considered the backbone of NAFTA trade among Canada, the United States, and Mexico, and is close to the natural flyways for this important and beautiful insect. The plan is part of the Whitehouse's comprehensive (though still nascent) plans to address the frighteningly rapid collapse of pollinator populations. 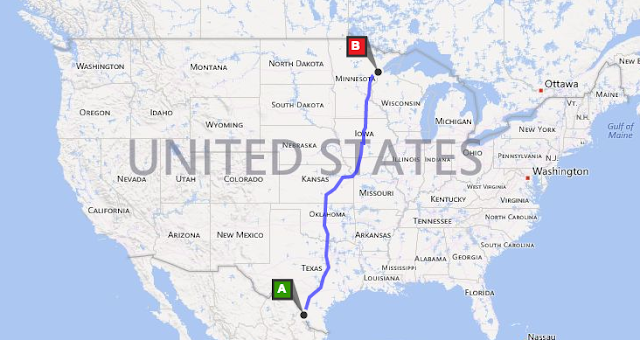 At this point, it is not clear from available documents exactly what will be dong along this corridor to facilitate migrations. Some combination of making certain plants available along the entire route while reducing pesticide use will be needed for a corridor of this kind to succeed. Because the corridor is not intended directly to support terrestrial species, this corridor can work without necessarily having the spatial continuity that characteristic of most corridor plans.

It is not yet clear exactly what form pesticide restrictions will take. The EPA has proposed temporary pesticide-free zones specifically to reverse the dangerous and costly decline of honeybees. The timing of the two announcements suggests a connection, but so far it is not clear where the proposed zones would be.

Posted by James Hayes-Bohanan at 11:08 PM