When  we lived in Arizona (1990 to 1994), I was aware of deep fissures in the political philosophies prevalent in the desert Southwest, particularly with respect to land and water. This was the home, after all, of Barry Goldwater and of an abiding and even growing form of libertarian thinking. I was there to study political ecology and to prepare for my work in one of the world's very wet places -- Rondonia -- but I also thought quite a lot about what it meant to live in this very dry place.

I quickly realized that even the most fiercely independent westerners are highly dependent -- like it or not -- on the federal government. I became familiar with the contradictions of "welfare ranchers" such as the petulant Nevadan Cliven Bundy, who famously refuses to pay his rent. His tantrum has now inspired legislators in several western states to attempt land grabs that would amount to acre-by-acre secessions from the United States. 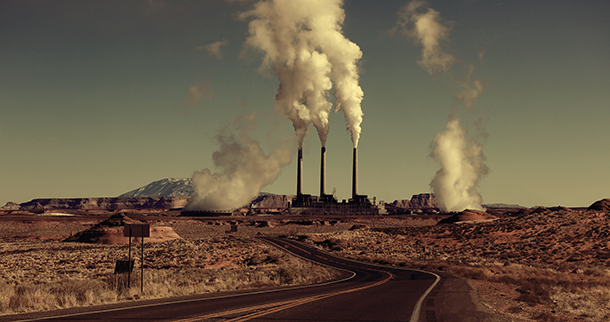 I also knew that our own ability to live, work and study depended upon highly subsidized water, but a recent Living on Earth story helped me to understand that dependence much more fully. It explains connections among politics, water, electricity, agriculture, and climate change, all focused on the infamous Navajo Generating Station. I use the word "infamous" because I have long known it as a major source of air pollution that often creates an ugly haze over the Grand Canyon. I did not realize, though, that its main purpose is pumping water against gravity to supply the cities and farms of Arizona, Nevada, and southern California. Nor did I realize that it is the third-most important source of greenhouse gases in the United States. Steve Curwood explains who benefits from this arrangement, and why change is so unlikely.