One way I have gotten to know my adopted home state better is through a daily email message called Mass Moments, from the Massachusetts Cultural Council. These efimerides* describe some well-known events and some more obscure ones, and often shed light on matters that remain important decades or centuries later.
Today's lesson is about the March 20, 1760 fire in Boston, one of many to be dubbed a "Great Fire" in this city by the sea. As the article makes clear, Boston long had the locational factors that made it the city most susceptible to fire in the United States: wooden construction (including rooftops), high population density, cold climate, coastal breezes, and a peninsular location combined to make it a city where fire was easy to start and difficult to stop. It is also, of course, a hub of innovation in many fields, and fire is no exception. From great peril have come great ideas, as detailed in today's Boston Burns account.
I cannot help but think of the history of fire and innovation without considering today's toxic political environment. Since the 1980s, it has been fashionable to praise the private sector while disparaging the public sector. It has, in fact, become a bit of a political fetish to assert that public works and regulations are always wrong, while private enterprise and free choice are always right. Ironically, some politicians, contractors, and pundits have profited handsomely by playing on these unfounded assertions.
The Boston 1760 story puts the lie to such binary thinking. Much private property was lost in the fire, but the people of Boston quickly realized that public action was needed for prevention, suppression, and recovery. The risks to private property were best addressed as public risks shared by the entire city.
A series of regulations were imposed on individual residents to supply their properties with ladders and buckets and taxes were imposed to employ the first firefighters in what was to become a new country.
I have long been under the impression that Philadelphian (and patriot) Benjamin Franklin invented the fire department, he was apparently inspired -- at least in part -- by what he observed during visits to Boston.
The government in place at the time, of course, was the United Kingdom, which refused to provide any assistance with recovery. There is some evidence that this refusal contributed to the move in the next decade to provide for more responsive government of, by, and for the people.

*Lagniappe: efemerides
I have been a fan of efemerides for a long time, though I only recently learned the word, when my favorite librarian (and Spanish professor) learned it. These are the "this day in history" items that I enjoy finding in newspapers and often include on the blog we provide with EarthView, our weekly K-12 geography outreach program. 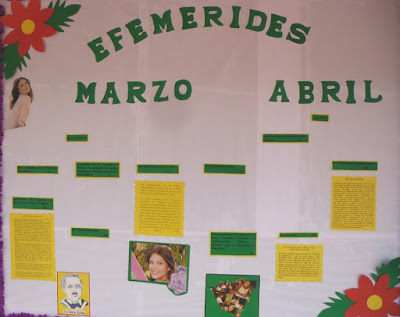 Pam learned just recently that although we can awkwardly describe the concept in English, there is actually a word for it in Spanish. We were delighted to find the word in use on a school calendar during a visit to La Corona, our home-away-from-home in Nicaragua. The word seems related to the English word ephemera.

Posted by James Hayes-Bohanan at 3:00 PM