The border between the U.S. and Mexico has loomed large in the twisted political season of 2016 -- larger than life, in fact. Much opining, mansplaining, and bloviating was in the air, spoken by and spoken to people with little experience of the border itself. I started this post prior to the election, to draw attention to some realities of the border itself.

I lived on the border for seven before moving to New England, and although that was twenty years ago, I continue to think and read about it quite often. My time away from the border constantly reminds me that for most people in the United States, it is an abstraction.

Not every person who lives there will reach the same conclusions that I have -- some of my good friends have spent many more years there than I and may view it differently. But I think it is important to look at it from an IRL perspective -- what is it like In Real Life?

First comes a report about the recent rapid increase in hardened borders worldwide. 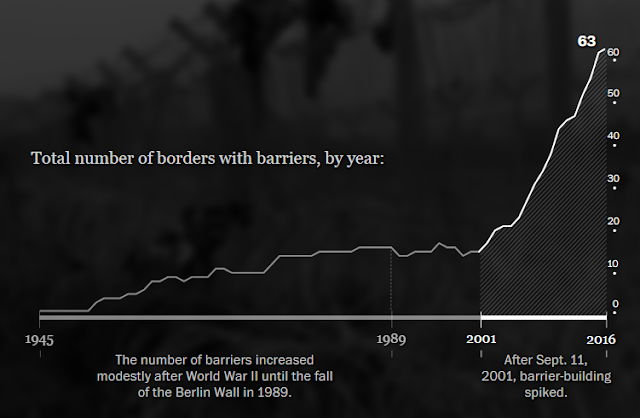 The report goes on to detail the physical walls and other security measures that currently exist along the border between the United States and Mexico. To those not familiar with the region, this might resemble an open door, but the unwalled stretches are places of incredibly harsh terrain, deadly climatic extremes, and isolation. Even these areas, though, are under constant surveillance, by permanently anchored dirigibles and other devices. 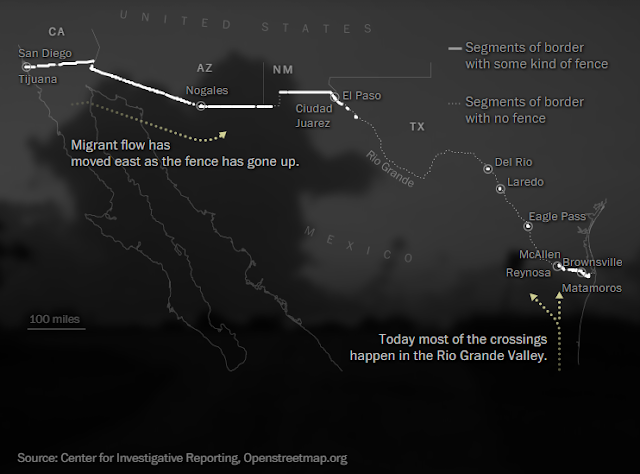 To get a sense of just how rugged the border area is, The Intercept team produced a video of the entire border as seen from satellite imagery downloaded from Google Maps. The six-minute virtual flyover surprised even me with the amount of difficult, open terrain. The project is entitled "Best of Luck with the Wall" because at reveals just how daunting a task a coast-to-coast wall would be. The text accompanying the film explains some of the ways that the border has already become an immense nexus of surveillance data.

Migration, of course, has much more to do with economic, social and political factors than with physical barriers or even policing. Those are important factors as well, but in the absence of serious discussion of the costs, benefits, and causes of migration, wall construction will be a disappointment -- to everyone except the contractors who are hired to build them. Those who saw the Big Dig project in Boston swell from $3 billion to $14 billion have some idea of what a great southern wall would actually cost.

Click to enlarge and explore. Purple icons mark where my wife Pamela and I lived in the 1990s; blue icons mark places I have crossed (Pam crossed all but one of these), and yellow icons mark places I really wish I had crossed but have not yet had a chance. Zoom in to each icon for a closer view and a bit of my story in the place.

One of those is the easternmost crossing -- less than a mile from my former classroom at The University of Texas Rio Grande Valley. Although technically a delta rather than a valley, and really not very "grande" near its mouth, the term RGV refers to the flatlands to the south and east of Laredo on both sides of the border. It is a cultural region with a long history of tight interconnections. The UT-RGV system now includes several campuses. In the mid-1990s I taught at this one, when the campus was know by the names of two schools that had merged -- it really was called UTB-TSC: The University of Texas at Brownsville in Partnership with Texas Southmost College. I am disappointed, actually, that "Southmost" has been dropped from the name. When participating in a 5K run on this campus once, we kept being interrupted by federal agencies asking if we had seen migrants -- we were that far south. More constructively, when I taught evening classes here, about 1/3 of my students were Mexican nationals who lived at home and walked across the border for their classes. Simpler times.

Lagniappe -- Values
As I continue to think about walls and fences, I keep coming across this aphorism. It reflects how my family tries to live, and I think it is how most people in our country try to act at a personal level. There really is no reason to avoid this way of thinking at a global scale. 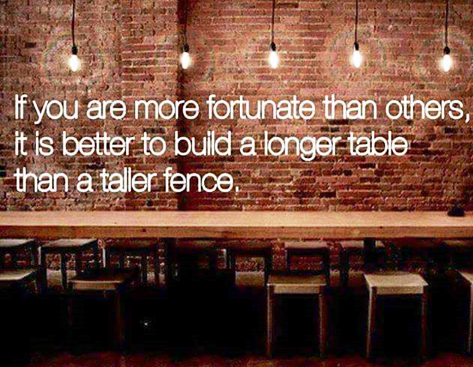 Posted by James Hayes-Bohanan at 2:45 PM