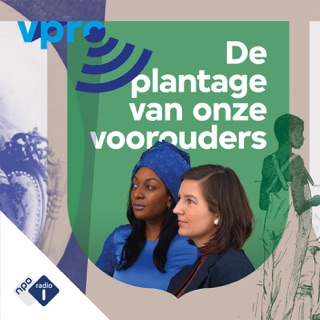 The story of Dutch podcast partners Peggy Bouva and Maartje Duin began with an awkward conversation about the connections between their families. Both live in Holland, but Duin -- a journalist -- discovered that they were connected by a plantation in the former Dutch colony of Suriname.

They discuss their podcast, their friendship, and their travels together in a recent appearance with Joanna Kakissis on NPR's Morning Edition. (Careful listeners will notice that "slaves" is used as a noun in the introduction to the conversation, though "enslaved persons" is used in the conversation itself. This reflects a growing recognition that it is dehumanizing to identify people solely by the bad circumstances or crimes that have affected them.)

Although the podcast itself appears to be available only in Dutch at the moment, Google Translate offers some sense of the summary of each episode of The Plantation of Our Ancestors in other languages, and includes links to other resources, some of which are available in English. These include Mapping Slavery NL, which portrays historical places relating to slavery on the map of the Dutch colonial empire.

The description of the mapping project highlights on advantage Dutch and some other European folks have over those of us in the United States: they know that their countries were part of the metropol, that is, at the centers of global empires. Denial of its imperial nature is a treasured myth in my country, even though no empire has ever been bigger.

As pro-slavery statues are toppled by vote, by edict, or by protestors, some decry the loss of history. In most cases, however, the history remains to be uncovered, whatever happens to icons of bronze men on bronze horses. As we finally grapple seriously with the ongoing implications of slavery, conversations such as those between these Bouva and Duin are essential.

Even at my seemingly far remove, I have derived a benefit from the ill-gotten glories of Holland's trafficking in humans. Among the artists supported by that immense wealth are both Rembrandt and Vermeer. My answer to the Getty Art Challenge of 2020 was a recreation of Vermeer's The Geographer.

Posted by James Hayes-Bohanan at 3:16 PM