Both education and training are important, but they are not the same thing. The distinction is rapidly being eroded by the managerial layers (of which there are many) in education who use the words "customer" and "workforce" in place of "student" and "thinker" when describing the people we serve.

The result is a growing emphasis on teaching only that which can be clearly tied to a specific job, at the expense of teaching that which expands the capacity of the mind to understand nuance and to create new ideas. 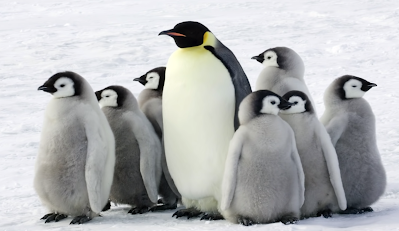 Languages and mathematics and the arts are well worth learning, for example, even if none of these are strictly required for a particular job one might pursue. As jurist Oliver Wendell Holmes said, the "mind, stretched to a new idea, never goes back to its original dimension."

Lera Boroditsky illustrates this in a popular TED Talk, whose main message is the importance of preserving linguistic diversity.

This talk is itself an illustration of what Holmes was claiming: I have studied languages and linguistics quite a bit, and yet will never think of them in quite the same way after hearing her examples.

An important implication of her work is that language learning is valuable exercise for the mind -- it has value in both training and education.

I have been tilting at this particular windmill for a long time. My 2009 Small World page was part of a concerted -- and failed -- effort to keep languages as part of the core curriculum at my university.

Posted by James Hayes-Bohanan at 9:42 AM