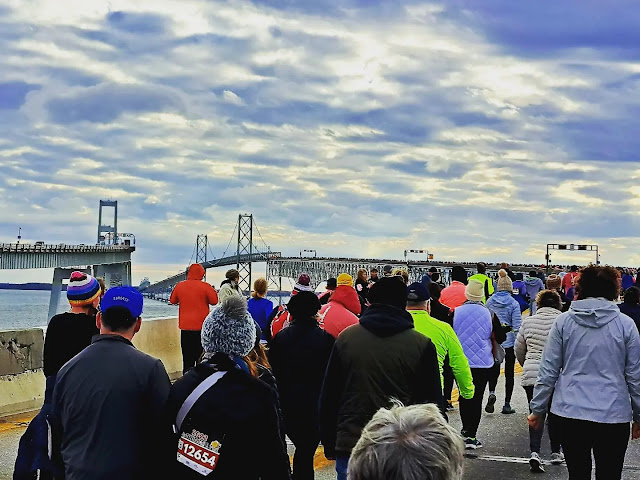 I took this photo yesterday (November 13, 2022) -- at the beginning of my second walk across the southern span of the twin-span Chesapeake Bay Bridge. The first walk had been with my favorite librarian and eventual spouse, so long ago that we did not even know she was going to be a librarian yet. She was with me this time as well, along with our sister-in-law, who now lives at the far end of this bridge. This year my brother shuttled us to the shuttle, but we will all four do this together some time! 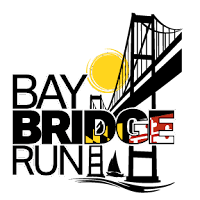 The bridges were built in the 1960s where a ferry had previously operated. The first span has two lanes and was augmented with the three-lane span some years later, but long before I moved to the area in 1980. Neither span has even the hint of a sidewalk or bike lane, so the occasional opening for a walk is a real treat.

When we walked in 1986, it was not yet a regular event. It is now known at the Chesapeake Bay Bridge Run/Walk, a 10k event that is popular among those who travel to such things. 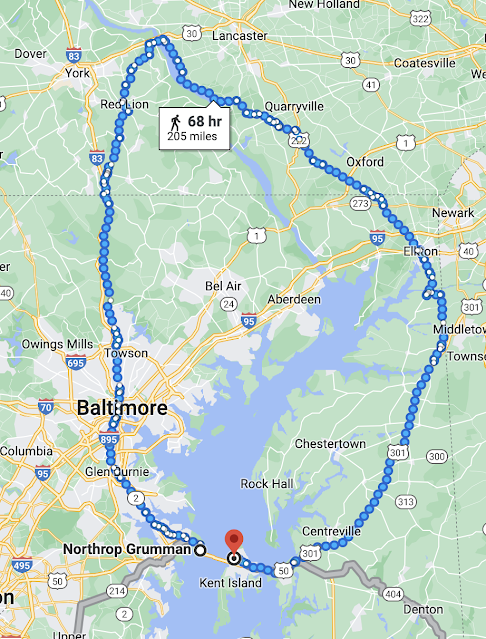 NOTE: If this is the last paragraph you see in this post, please come back later. I don't know how many geographers were among the 16,000 people in this crowd, but there was one at least, and he has some geographic observations (and more maps) to share!

Posted by James Hayes-Bohanan at 1:20 PM