This is the plaintive cry as the music fades in Carlos Santana's Africa Bamba, his celebration of the rich diversity of the Americas: "Do not forget Mexico, my Mexico."
Mexico is the first place I visited in Latin America, and I was a close neighbor throughout most of the 1990s, first in southern Arizona and then in WAY southern Texas. I have since spent more time in Nicaragua and Brazil and elsewhere, but Mexico is never far from my mind, particularly over the past week or two. It has actually been impossible to forget, as the country has been in the news in so many important ways over the past week or two.
This post is an attempt to bring together several disparate threads relating to a country whose fate -- whether any of us wishes this or not -- is interwoven with that of the United States. The far right in the United States has managed to paint Mexico as the root of financial devastation that began much farther north, while Mexico itself continues to derive both much of its pain and much of its gain from proximity to a northern neighbor that views it mostly in terms of well-worn stereotypes. 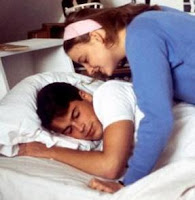 When world leaders met in 1944 to write the rules for the world economy, they gathered at the Mt. Washington Hotel in New Hampshire in a conference known as Bretton Woods. (Readers can decide for themselves whether this intercourse was more or less transgressive than that of Rob Lowe and Jodie Foster in the other Hotel New Hampshire). All 44 of the Allied countries that had opposed Germany, Japan, and Italy in World War II agreed at that point to create the World Bank, the International Monetary Fund, and the General Agreement on Tariffs and Trade (GATT, which would eventually spawn the World Trade Organization, WTO).
Both Mexico and Brazil were represented in that initial meeting, but in subsequent decades such important matters were discussed in much narrower circles, often excluding those most affected. Both G7 and G8 (Group of 7 or 8, depending on whether the Russians were invited) drove the proverbial bus for many years, until they landed it in a colossal ditch of bank deregulation in 2008. At that time, the fig leaf of eight-country consensus was inadequate to the exposure, so a broader group of leaders was called together -- the G20 included such emerging economies as Mexico, Brazil, India, and China in a meeting that is sometimes called Bretton Woods II. Depending on one's point of view, the summit averted financial catastrophe or perpetuated an imbalance of power in favor of banks, or perhaps both.
Leaders of the G20 met in Mexico last week, with very low expectations and the predictable meager achievement of minimizing the damage thought likely to emanate from Europe. The kinds of crises that once threatened collapse only from the periphery now routinely infect the core, but no challenge to economic orthodoxies are yet forthcoming. Even Mexico, which was the host country and nominal "president" of the meeting, made only the feeblest of entreaties for IMF support of debt relief. The outcome was a predictably vague commitment to fostering growth, with no clear vision of how to do this or even whether it is desirable.


Clarification: Although 2008 marked a dramatic expansion in the importance of the G20, it had in fact first met in 1999. Geographer Matt Rosenberg describes the group's evolution in more detail on his What is the G-20? He mentions several other economic groupings and lists the five countries invited to this year's meeting by Mexico.


Chiapas and Greenwash
The latest G20 meeting took place almost simultaneously with a United Nations summit in Rio de Janeiro (described in more detail in a Brazil post I completed earlier today). Again, expectations were low, as leaders focus on short-term crises in the world's financial apparatus, to the exclusion of far deeper crises in the biosphere itself. And those expectations were met, with countries trumpeting environmental euphemisms rather than grappling with environmental realities.Writing for Triple Crisis, Timothy Wise charges that many of the food-security programs trumpeted by Mexico's at G20 are far less than real.
A further coincidence is that this all takes place just as two young friends have headed to Chiapas for a documentary film project that delves into the very real costs of empty environmental promises. Their blog CO2lonialism and the Green Economy examines the sometimes false promise of carbon offsets. Even when working honestly, these arrangements assuage first-world guilt by protecting forests to absorb carbon equivalent to that emitted by our own profligacy. But in Chiapas --- home both to Mexico's most marginalized indigenous communities and its most abundant biodiversity -- even that promise is not met.
Incidentally, as I discuss these and other matters with students in my Geography of Latin America course, I offer them two relevant coffees from Deans Beans, a genuine fair-trade company here in Massachusetts. One is Dean's NOCO2 from Peru, a delicious coffee whose carbon offsets are fully reliable; the other is Birdwatcher's Blend, which comes from certified bird habitat in Chiapas and Guatemala.

Drug War
We recently marked the 40th anniversary of President Nixon's declaration of war on drugs, a misnamed and misguided effort that has been as devastating abroad as it has been ineffective at home. I will not rehearse the many geographic implications that I have previously covered in this space, but again, a few stories are both relevant and quite recent.

It is in this context that Caravana por La Paz a USA (Caravan for Peace to the USA) is being organized, to begin later this summer. Activists from both countries will cross the United States from California to Washington, DC to bring attention to the brutal price ordinary Mexicans continue to pay for living adjacent to a country with such peculiar approaches to guns and drugs. It is difficult to know what to make of the current Fast and Furious scandal -- a weapons sting operation gone horribly wrong -- but it highlights the role of U.S.-origin weapons in the horrendous violence sweeping some of my favorite old haunts in northern Mexico. The degree of violence is brought home by the fact that the McAllen Monitor -- a paper to which I once subscribed -- recently carried a recommendation that diners tip their tables as shields in an event that a restaurant meal is interrupted by a tossed grenade. Yes, GRENADES are now part of the complex landscape of violence where the most heinous crimes are committed by those who were formerly the most elite police units.

Immigration
Immigration is not, of course, synonymous with Mexico, as thousands of people enter the country legally and illegally -- or overstay legal entries -- every year, from many parts of the world. In Boston, undocumented Irish are part of the social fabric. But no land border in the world joins two countries with a wider wealth disparity than that between the United States and Mexico, so it is natural that labor would be traded across it. As I explained in The Border: Human Sieve, much of the debate about immigration centers around a desire to bring the labor without the humans.
The question of migration has been very much in the news lately, largely because President Obama has responded to courageous and well-organized young Americans who have been living in limbo because they moved to the United States as children. Unable to become fully established in the country they consider home but also lacking roots in their countries of birth, many have risked deportation by speaking out for a compromise. Last week, the president issued a ruling that will allow young adults brought here as children to avoid deportation and gain the ability to work and study legally, though the benefits of the ruling are not as robust as many assume.
One very encouraging bit of news amid all the election-year noise on this subject is that people in the United States -- outside of the more demented segments of talk radio and Fox "News" -- are starting to put the question of immigration in a more realistic perspective than had been the case. Deportations are up, illegal crossings are down, and most people realize by now that the real threats to employment do not come from poor immigrants. As reported on Market Place, immigration is not a top priority for most Democratic or Republican voters, and those who do express an opinion generally support the accommodations the president has made for U.S.-raised migrants.
A related story that appeared in the New York Times represents a very large group of children who will not be helped at all by this week's decision: it describes the difficult adjustment faced by American-born children who join deported parents.

Walmart
And as if Mexico were not putting up with enough, the invasive retail species known as Walmart continues to encroach. Just this morning, I learned that Walmart is slowing its expansion in Mexico, meaning that it is still expanding plenty. Over 6 percent of the world's largest retailer's revenues already come from Mexico, but more than 300 new stores will soon be added. Outside sources link slightly reduced pace of expansion to past bribery scandals, but Walmart simply asserts a desire to ensure proper business practices in its real estate transactions.
In other words, the expansion is expected to be carried out legally, though the impacts will be criminal in a very real sense. Employment will be created, of course, but as in the United States, for every "real" Walmart job there are 100 menial jobs in which people will gain only slightly, and for each one of those, there will be an untold number of job losses in existing retail and manufacturing firms. As if Mexico did not have enough problems, the Walton family will be feeding on Mexico like a mosquito for years to come.

Last but certainly not least, Mexico will continue to be in the news as a presidential election is taking place there on July 1. After decades of essentially meaningless elections, the past few cycles have been very interesting, as power shifts among three major parties. NPR's Morning Edition reports that Mexican youth are expected to figure prominently in the upcoming decision.

The protester shown here objects to a possible return to rule by the PRI -- the Institutional Revolutionary Party, and oddly-named coalition that ruled Mexico longer than any other political party in modern history -- over seventy years -- before its power was eroded from both the left (PRD) and the right (PAN).

Posted by James Hayes-Bohanan at 8:23 PM