Some say that artists should not advocate controversial points of view. In my view, that is what artists are for, and Yoko Ono apparently agrees. John Lennon's widow and their son Sean took out the following ad in yesterday's New York Times. New York Governor Mario Cuomo recently announced that he has delayed a decision on the regulation of hydraulic fracturing until February. Yoko and Sean have joined with other Artists Against Fracking to encourage him to ban the practice. 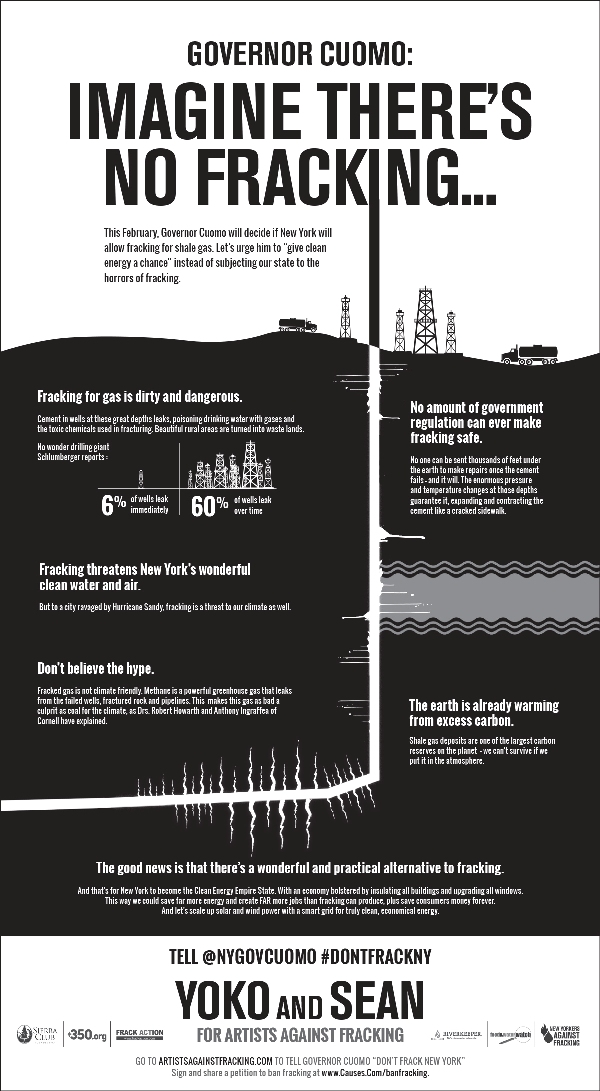 John and I approve.

Posted by James Hayes-Bohanan at 8:33 AM