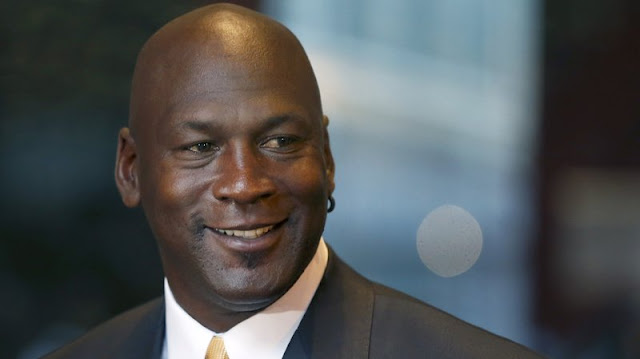 When I was in graduate school, one of my fellow doctoral candidates wore his #12 jersey in solidarity on any day the Chicago Bulls were playing. That geographer -- Ralph -- did so because he was a Chicago native, a season-ticket holder, and a loyal fan of  the Bulls in general and Michael (as he called him) in particular.

Ralph comes to mind as I read the latest news from Michael Jordan because of the focus of his research -- community policing. Yes, that is a very appropriate topic for a dissertation in geography, and Ralph had studied policing from Boston to Chicago to Los Angeles.

And Michael Jordan is one of the best-known geographers in the United States, though he is better known for pursuits not directly related to his undergraduate major.

The latest news, of course, is that Michael Jordan has decided to speak out against the violence that is gripping our country -- two aspects of that violence in particular. As NPR reports in Michael Jordan Speaks Up for Black Lives and Police Officers, the basketball star has donated $2,000,000 to two organizations that he hopes can help to heal communities -- one established by the NAACP and the other by the International Association of Chiefs of Police.

Like most Americans, he knows, respects, and values both African American men and law-enforcement officers. Like most Americans, he probably knows people who qualify as both. I certainly do. Rather than pretend that neither category matters, however, he is not choosing hashtags. For Jordan, it is not #blacklivesmatter OR #dallas5. It is #blacklivesmatter AND #dallas5.

If you have taken the time to read this blog post, I hope you will read the NPR article and more importantly, Michael Jordan's own statement, I Can No Longer Remain Silent.

Posted by James Hayes-Bohanan at 6:09 PM