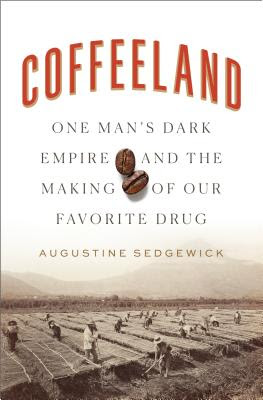 I had already begun to read Augutine Sedgewick's hefty tome Coffeeland: One Man's Dark Empire and the Making of Our Favorite Drug when a fellow geographer passed along Oliver Taslik's much more manageable review, The callous roots of caffeine capitalism.

Taslik confirms my impression that Sedgewick's work has a great tendency to wander and meander across time and space, making me feel a bit better about already having gotten a little bit lost in its pages. He also reminds us that the James Hill -- the "One Man" of the book's subtitle -- is not the real subject of the book.

Rather, it is the broader story of the hazards of economic and social -- and political -- development that is dependent on a single crop. Diversification to other crops is scarcely better, if they remain within a narrow range and share post-colonial patterns of dependency.

I hope to have more to say on the work when I reach its end, and I hope some day to reach El Salvador itself -- a country I have studied a fair bit but not yet visited.

Those who know me well may notice that the title of this book is very similar to a word I use often -- Coffeelands -- as a term of endearment for all of the places around the world that provide our coffee, and to the people of those lands. It is also the name of one of my very favorite coffee shops, whose owner has been with me on three coffeelands journeys (so far).

Posted by James Hayes-Bohanan at 7:52 PM