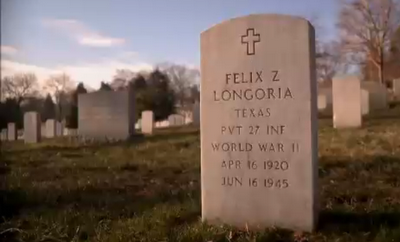 I took some time this Veteran's Day learning the story of Felix Longoria, a Mexican-American who lost his life in the Philippines during a valiant and dangerous mission during that summer between the end of World War II  Europe in the Pacific. The short promo below hints at the broad, historic sweep of the Longoria story, as told by filmmaker John Valadez of Independent Lens. Have a look, and then make plans to see the full documentary, in English or Spanish.

Pvt. Longoria lived in Three Rivers, Texas, a town that was not officially segregated, but whose founder, Charles Tips, had gone to the trouble of giving Spanish names only to streets west of the railroad tracks -- a legacy of his racism that is present to this day. The town is on the northern edge of South Texas, 50 miles north of my old teaching job (at Texas A&M-Kingsville, Alice Extension) and 200 miles north of our former home in Pharr. 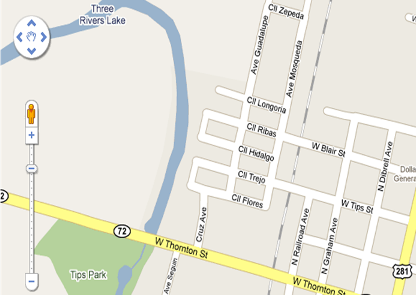 It is a place we passed many times without knowing its significance. When Pvt. Longoria's body was sent home in 1949, the new funeral director in town was afraid to let his wake be held in the chapel. This film tells the story of how that refusal helped to galvanize Mexican-American veterans -- who had fought and died in disproportionate numbers in the war -- around an effort to have his sacrifice recognized. Ultimately, Felix Longoria was buried at Arlington National Cemetery. The film explains why Senator Lyndon Johnson was present for the burial, but not visible in news coverage of it, and how his involvement on behalf of the Longoria family helped to bring both JFK and LBJ to the White House. 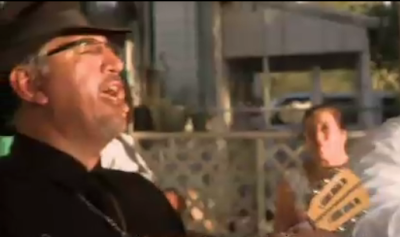 Woven throughout the film is the story of Santiago Hernandez, a resident of Three Rivers who has sought to memorialize Pvt. Longoria, first by having the local post office named for him. Early in the film, we learn of his frustration at being denied this opportunity to recognize his town's hero, with no satisfactory reason given. He composes a corrido in Pvt. Longoria's honor, and ultimately succeeds in having a state historical marker erected. Pieces of the song are played in various scenes (at 10:00, 28:45, and 49:00 to the end).

I was interested in the Hernandez side story for two reasons: first, I have been teaching some of my students about corridos recently, but mostly the narrow sub-genre of narcocorridos, and it is good to have an example that is a bit more typical of what corridos are all about. Second, I have recently been involved in trying to have something named for a hero of mine, though it was a coffee shop instead of a post office. I am learning to look for a way to get past the frustration over a bad decision, as Hernandez had to do, and look for other ways to honor a legacy.

Posted by James Hayes-Bohanan at 2:11 PM