Cleaning Up the "Clean" Fossil Fuel 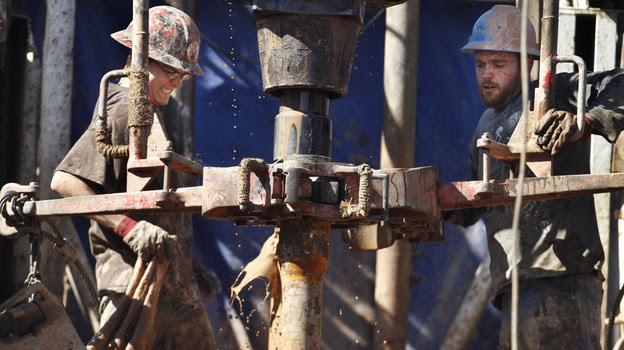 Natural gas produces less air pollution than other forms of fossil fuel (oil and coal) while it is being burned. The recovery of natural gas, however, is often associated with substantial releases of carbon dioxide to the atmosphere, as well as air and water pollutants associated with threats to public health.

In How a 'Western Problem' Led to New Drilling Rules, NPR's Elizabeth Shogrun reports on a recent EPA decision to regulate emissions from natural gas drilling. The industry, perhaps not surprisingly, considers the public-health threat minimal, but the EPA asserts that the Clean Air Act requires it to promulgate restrictions. It is perhaps even less surprising to learn that this controversy has rapidly been included among the rapidly growing collection of energy and environment issues in the presidential campaign.
Posted by James Hayes-Bohanan at 6:04 PM