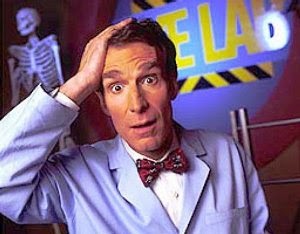 I do not know how Bill Nye has replaced Al Gore as "the" face of climate science in the United States, but in both cases, I have seen deniers of the science attempt to shift the focus to these individuals, rather than the science.

I could find fault with Nye and Gore -- and I have -- but their association with the science is not relevant. Critics rant that Gore is a hypocrite and that Nye is not a real scientist, neither of which implies that the climate is not changing..

Congratulations to John Oliver for illustrating this so beautifully.

This video contains a bit more profanity than I normally host on my blog. The real obscenity, though, is the damage caused by climate denial.

The reason so many scientists agree that humans are causing the climate to change is that we are. As I explained in Frosty Denial, the physics is actually quite simple, and is the physical model of climate change is increasingly validated by the statistical evidence. I do not know anybody who finds this a pleasant or convenient reality, but other explanations for growing heat in the presence of heat-trapping gases have not been put forward.

Unable to accept such an inconvenient truth, carbon-economy defenders have argued that scientists would not be in agreement were it not for all the money they make from climate-related grants. 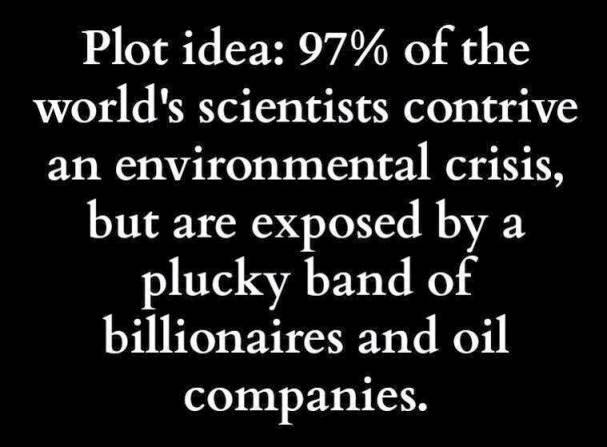 It is like Scooby Doo in reverse, with an angry old rich guy catching the shaggy young crooks.

Famously overpaid wheel-spinner Pat Sajak has joined that plucky band, not only excoriating the intellectual elites for their abuse of financial elites, but becoming a defender of campaigner against racial discrimination (sic) in the process.

As reported in Huffington Post, the racial reference is at this point a bit of a mystery.

Just after I posted this, I saw an important article by Peter Gwynne. The name might not be familiar, but the title of his article in Inside Science suggests that we have all heard of his work: My 1975 'Cooling World' Story Doesn't Make Today's Climate Scientists Wrong. The article requires careful reading, as it is by a scientist for other scientists. As he makes clear, his original article only qualifies as "evidence" if the discussion is being held at a talk-radio level.


Posted by James Hayes-Bohanan at 9:49 AM