From Urban to Urbane

The red marker above shows the approximate location of a crumbling mansion whose restoration is part of a remarkable effort to restore the vitality of Beirut, Lebanon. Be sure to pan and zoom in order to see this neighborhood and its city in a broader context.

Beirut is known to most Americans either as the site of the loss of 220 Marines in 1983 or -- more likely -- simply as one of many unfamiliar cities somewhere "over there" in the Middle East. But it has a rich past, a complicated present, and a future that could illuminate the entire region.

Boston Globe journalist Thanassis Cambanis conveys a great deal about the geography of this city in his article In a Beirut Mansion, A City's Culture is Reborn.

He begins by explaining what Beirut represented prior to the civil war in Lebanon. Early in the article, he evokes the charm and ferment of a vital global city. He then explains how architect Ghassan Maasri is using the city's derelict mansions -- particularly the one on Abdul Kader Street -- to involve artists and intellectuals in making the city great once again.

The discussion at first reminds me of similar projects close to home, where Waterfire and gallery nights have reversed the decay of Providence. But Cambanis tells an even more important tale, as he puts Beirut in the context of urbanization and halting democratization in the broader Middle East.

We should all be wishing Maasri and his neighbors success in the remaking of an urbane Beirut. 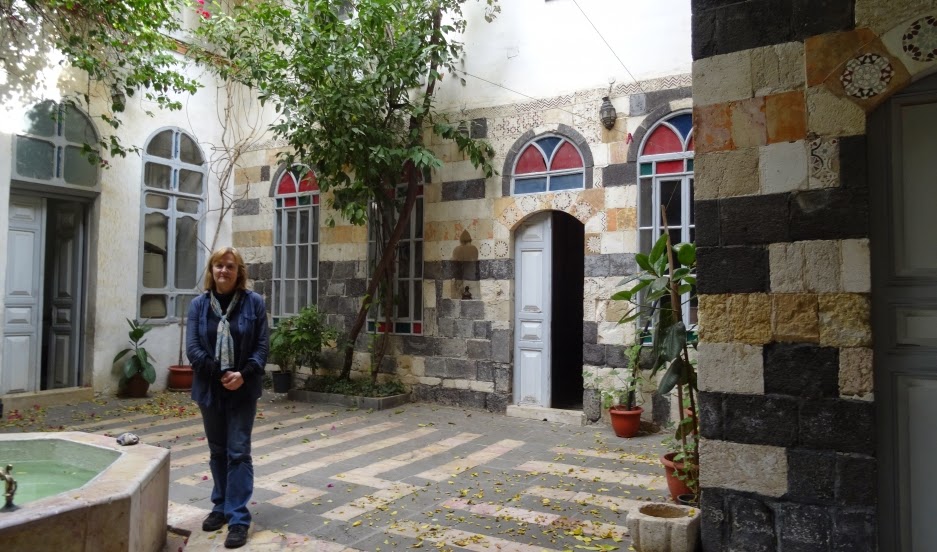 Shortly after I heard Maasri's story, I heard another about a terrific house in a great city in tough times. War profiteers are making it difficult for British author Diana Darke to keep a house she purchased in Damascus. On one level, her effort to hold on to a second home is trivial in a city decimated by atrocities, but on another level it is a poignant reminder of what has been lost and what might yet be restored.

Damascus has been a city longer than any other place in the world has been a city. This house represents hope for its future.
Damascus is the world's oldest continuously occupied city. It is just 35 miles to the southeast of Beirut. It is a sign of these troubled times in Syria that despite a major highway connecting one to the other, Google cannot calculate a route.

Explore these cities and the lands between.

Posted by James Hayes-Bohanan at 5:02 PM