Over the weekend, New York Times journalist Kirk Semple and photojournalist Daniele Volpe provide a comprehensive update on the dire condition of Nicaragua. For those of us who love Nicaragua -- meaning anybody who has visited -- the title is heart-breaking, because it summarizes a dire condition that we could not have imagined six months ago: ‘There’s No Law’: Political Crisis Sends Nicaraguans Fleeing. (See my July 27 Nicaragua's Kent State post for a bit more about recent developments.)
The NYT article hints at a question I have had since the very beginning. The second political life of the FSLN has relied on a strange combination of revolutionary rhetoric and nostalgia on the one hand (left) and alliance with ruthless economic elites on the other (right). Both are suffering in this crisis; I am especially surprised that the economic elites have not reigned in the president.

From the United States, there is little that we can do, other than support international diplomatic efforts and the recent bipartisan Congressional Resolution 981. Given the sordid history of U.S. intervention, it is not productive to go further than this; we must leave it to the people of Nicaragua and diplomats in the region to bring about a political solution.

Meanwhile, we can provide moral support and material aid, which we have begun to do.

As of this writing, we are a few dollars away from wrapping up a fundraiser for emergency relief in several communities in Nicaragua. We -- a team from Bridgewater State University in Massachusetts and Saint Joseph's University in Philadelphia -- raised $1,500 in just over a week, which our close contacts in Matagalpa and Managua will use to provide food and medical supplies. This follows $3,000 raised in previous fundraisers by Bridgewater State alumni. 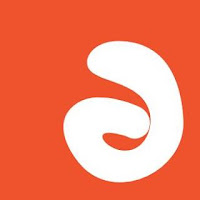 We are not done, though: we will soon be joining with friends in Nicaragua to launch an even bigger fundraiser, one that will have a longer-term impact. A team from Matagalpa Tours -- which has organized travel for me and more than 100 BSU students and faculty since 2009 -- has proposed an expansion of its non-profit Agualí program.

Details and an opportunity to donate will be added to this post in coming days.
Posted by James Hayes-Bohanan at 7:24 PM