Cancer and the Environment 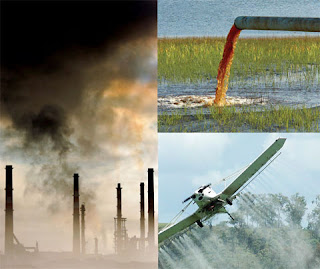 On Point Radio covers a new report that makes documents what should be obvious: some cancers are attributable to chemicals in the environment. Tom Ashbrook speaks with Sandra Steingraber, whose book is the basis of the new documentary Living Downstream. She is a cancer survivor who became an ecologist in order to work "upstream" toward the causes of her disease. The film's trailer (below) shows why Steingraber has been compared to Rachel Carson. She argues for an environmental rights movement -- an approach far preferable to the condescension and victim-blaming that too often is associated with discussions of cancer.

The program participants evidence for the relative importance of environmental versus other factors, as well as the social, economic, and political factors that tend to minimize discussion of the environment and cancer.

One factor, of course, is the use of chemicals in pursuit of unnaturally green lawns. Here in Massachusetts, the Silent Spring Institute has been using geographic and epidemiological tools to study the connections between cancer and chemical exposures.