I began this post on Earth Day, when Bizarro cartoonist Dan Piraro published this very clever bit of culture jamming, but got distracted by other events. I was reminded to wrap this up when I came across another of Piraro's masterpiece's, which I include at the end. 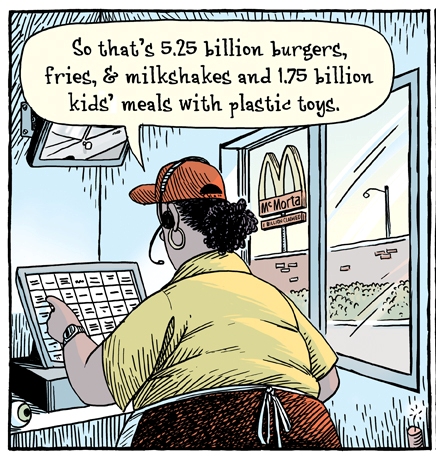 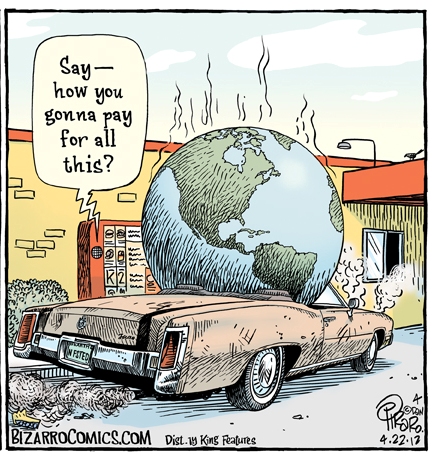 It is appropriate that the weight of the world is borne by a pink Cadillac. It represents the glories of independent roaming, and for this reason is the only song on which I sing lead with my band. But it is also emblematic of the suburban sprawl that is both cause and consequence of drive-up windows.

McDonald's is a product of the automobile, and the reverse is also true. No matter what is in the stuff that passes for food, the convenience and consistency of McDonald's have helped to make it ubiquitous. As people increasingly live in their cars, "restaurants" emerge whose primary virtue is in-and-out access. In fact, a successful chain in the West goes by that name! As our commercial and residential landscapes spread out to make room for cars, cars became essential to navigating them, and McDonald's succeeded by being on the way to just about everywhere! 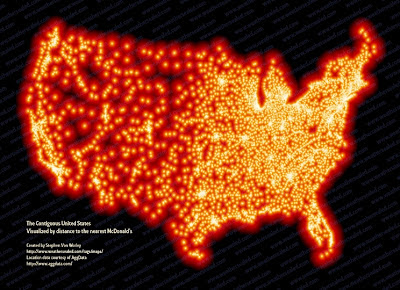 Piraro's use of a quasi-Spanish name for McDeath brought to mind the fact that I have seen a McDonald's in Managua, Nicaragua that appears from the outside just like any suburban McDonald's in the United States, complete with drive-through window and playground. From Trip Advisor I learned that McDonald's has five outlets in the city, and people actually review them. A friend in Managua (wonders of the Internet) pointed me pointed me to the work of scholar Dennis Rodgers. He includes the history of these franchises in his article An Illness Called Managua. As he explains, they have been both literally and figuratively associated with the pre-revolutionary and post-revolutionary outlook of the city. They are a visible sign of the extent to which global capital -- with the help of the U.S. government -- has hollowed out the most important gains of Nicaraguan economic democracy. 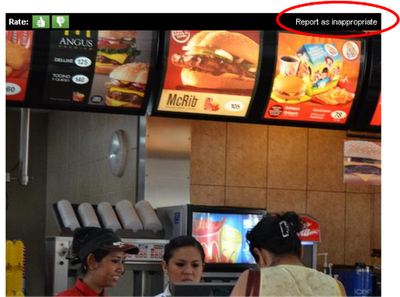 The image that brought me back to the subject of McDonald's is once again from Bizarro, in this case from a couple of summers ago. The healthier pigeon suggests that a more varied source of nourishment would be better for his friend, in a clear reference to Morgan Spurlock's Super Size Me. I saw this shortly after listening to an interesting comparison between feeding the mind and feeding the body, courtesy of my favorite librarian (information specialist) and fellow foodie. This led me to affix the rather snarky caption found below.

Posted by James Hayes-Bohanan at 6:07 PM