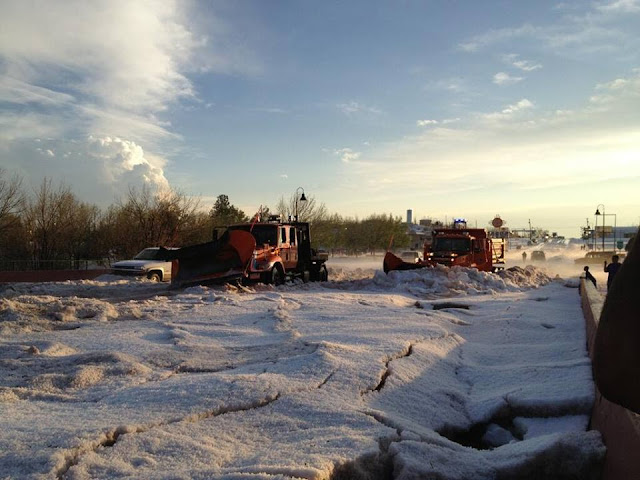 These photographs were taken in Santa Rosa, New Mexico on the Fourth of July. Hail occurs when convective thunderstorms repeatedly raise water droplets into the upper troposphere (the anvil shape of strong storms shows where the tropopause boundary layer is). The stronger the updrafts, the more times each particle of water will rise, accumulating a bit more ice each time, until it is heavy enough to fall to the ground. 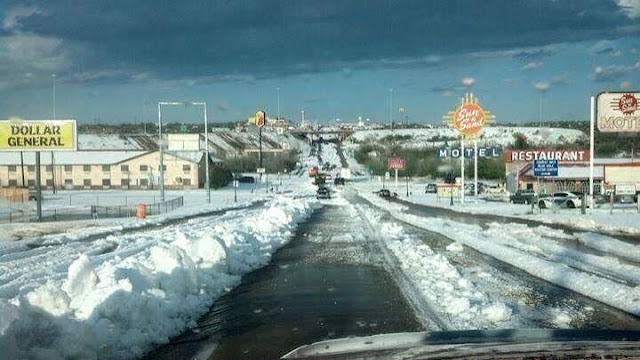 According to Jon Erdman of the Weather Channel, this area is known as Hail Alley, and major hail events happen several times each year in the region. Where intense storms occur at high elevation, the hail has less opportunity to melt as it falls. Of course, high elevation has not been a factor in unusually intense hail storms in the past year or so in the Lower Rio Grand Valley or in Mississippi.

Posted by James Hayes-Bohanan at 6:43 AM