Electoral politics in the United States have become quite polarized, with high-stakes primaries and private campaign financing driving wedges between "red" and "blue" politicians and the states from which they are selected. As I have written in Represent and Enumeration, winner-take-all outcomes tend to obscure the fact that the two major parties are closer to parity than is often assumed, and most states are best described as "purple" in terms of voting and registration. 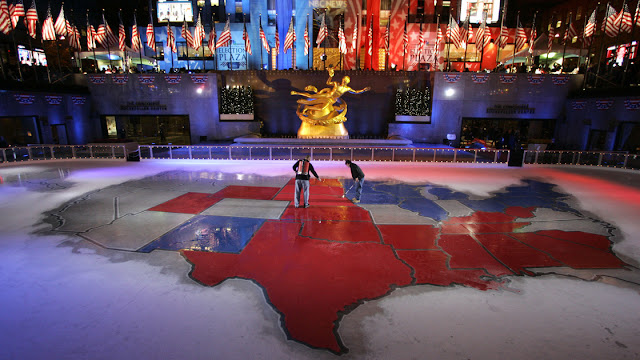 It is in this context that Mara Liasson asks whether my former home state of Texas will become a presidential battleground. Texas is often thought of as the "reddest of the red" states, but it did elect Ann Richards just before George W. Bush, and it is far more diverse -- by many measures -- than its image.

It has remained "red" since Gov. Richards left the scene, in part because Perrymandering strategies that allowed representatives to choose their voters, rather than the opposite. Voting is about more than ethnic identity, of course, and my own friends in Texas run the political gamut, regardless of ethnicity.

But the research that Liasson cites does suggest that given its large size and changing make-up, Texas may be the state to watch in 2016 or 2020. If so, I will be glad not to no longer have a telephone or television in the Lone Star state!

Posted by James Hayes-Bohanan at 7:01 PM