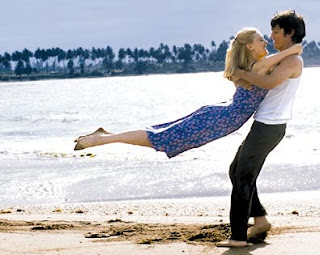 As mentioned in the recent Latin American Films post, I am trying something new in the summer version of my Geography of Latin America course. Students spend a lot of time outside of class doing research and writing. Because summer-school sessions are long and relatively few, I am using the time to explore the human and physical geography of the region through film -- mostly feature films. I am also opening up the class to other members of the campus community.

As I prepared the list of films, I realized that far more films could be considered "essential" than we can possibly view and discuss in the five-week class. So in addition to the films I have chosen -- with the help of librarian and fellow Latin Americanist Pam Hayes-Bohanan -- I am sharing some film trailers, with the intention of encouraging students and visitors to seek out some additional films on their own.

Herewith, in no particular order, are links to those films and their trailers:

Posted by James Hayes-Bohanan at 6:54 PM