Borders: What's Up With That?

MIA (Maya Arulpragasam) was a refugee before politicians used them for fear-mongering. Her status as a Tamil refugee (in the UK from Sri Lanka) has always been a part of her public identity, and so she was well prepared to address the current tendency to re-victimize those fleeing war zones. As the world has more internally and externally displaced persons than it ever has, her work is addressing the political treatment of refugees directly. I was thinking of this work as I wrote my recent post, One in a Thousand, about refugees from Syria who many think are "flooding" the United States.

Her slickly-produced yet eerie track Borders is the most important example. It not only depicts refugees, it employs them directly in the work -- not only as migrants but also as representations of the migrant vessels themselves. With this work, she challenges not only the ways in which people are treated when they cross borders, but also the purposes of the borders themselves. Not only do they separate people from each other, but increasingly they also serve as a kind of sieve that separates the work of people from the humanity of the very same individuals. In other words, people on the "wrong" side of a border are able to provide their labor, but not to exercise civil or human rights.

As she asks throughout the piece, "What's up with that?" In his cogent analysis of the piece, geographer Sinthujan Varatharajah explains that this refrain is addressed specifically at "hashtag activism." One might even extend the critique to mere blogging, but I do think we have a duty to use whatever tools we have to challenge complacent thinking about borders.

I also recommend Spencer Kornaber's discussion in The Atlantic and taking a careful look at MIA's own lyrics. 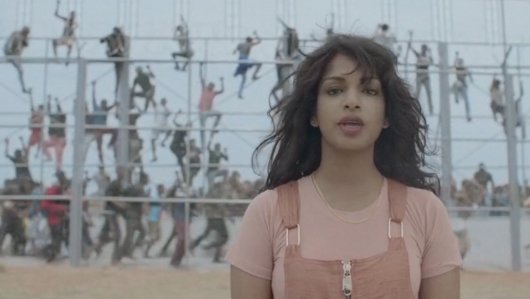 MIA has a new album -- MIA -- which she recently discussed with David Greene on NPR's Morning Edition. Among other topics, she talks about her surprising (to some) life as a middle-aged parent. More importantly, she talks about her evolving views on race in a global context. 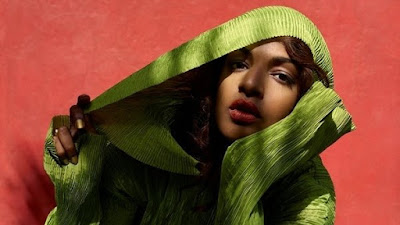 The story highlights experiences and research in the UK, but is especially relevant in the United States, where a shockingly xenophobic administration is resorting to desperate and inhumane measures to ensure that refugees cannot even approach our borders.

Lagniappe^3 (last one, I promise, but this is really relevant)

I am often amazed by the ability of good radio journalists to conjure visual imagery. In the case of recent reporting by Susan Stamberg (one of the very best), her words (listen below) drove me to the screen to explore photos from an exhibit she visited recently. I wish I had heard this before my recent visit to the area -- the exhibit is in D.C. only through September 22, 2019.

Posted by James Hayes-Bohanan at 3:11 PM