This is a critical time for the world's retreating glaciers. In fact, it could be said that the most critical time -- when their retreat could have been arrested -- has already passed. Still, the status of glaciers are among the strongest indicators of climate change, and their loss is among its most dangerous consequences. 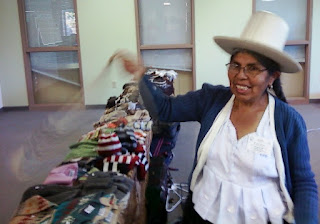 First, their role as indicators. Glaciers are long-term accumulations of frozen water (ice and snow), usually at high elevation. During particularly cold periods in the Pleistocene, continental glaciers were found at sea level, but in the Holocene epoch, glaciers have been strictly alpine. Wherever they are found, they represent a balance between a colder zone of accumulation -- in which more snow falls during a year than melts -- and a warmer zone of ablation, in which the opposite occurs.

The exact position of the nose of the glacier will fluctuate seasonally and over time, as this balance shifts. When the position of the nose at a given time of year is consistently moving upslope, the glacier is said to be retreating, indicating a steady warming. We would know that the planet is warming without these indicators, but the retreat of glaciers from Glacier National Monument to Kilimanjaro and Tibet to Cochabamba is evidence that one has to work pretty hard to ignore. (For those unfamiliar with Cochabamba, please see my posts Cochabamba Continued (2012), The Most Important Town in the Americas (2013), and Snowboarders Rescue Our Climate (2016 student guest blog).

It was in this context that I listened to Rob Schmitz' cogent reporting on the work of Chinese climate scientists who are documenting the retreat of the thousands of glaciers in that country. One of the excuses for the U.S. refusal to participate in the Kyoto Protocol on climate change was that it did not require enough of China and other rapidly developing countries. Ironically, just as China has caught up to the United States as a contributor to the problem of climate change, it is stepping up to support the Paris Accord, even as the U.S. retreats.
In Impossible to Save, Schmitz accompanies scientists who know that the glaciers they study will not stop retreating; they hope, however, that their work will encourage changes that will slow down the pace of change. In this brief and well-organized report, they clearly describe not only the evidence of shrinkage but also its implications. Humans rely on glaciers in ways that few outside of alpine areas understand. They are the reservoirs that supply water and irrigate crops for many millions of people.

I have become very interested in glaciers as I teach about the geographies of coffee and tea, because both crops are threatened in some areas by the loss of glaciers. This was, in fact, to have been the subject of a course that I offered in partnership with a colleague who researches glacial retreat in Peru. Dr. Rob Hellström and I planned Coffee and Climate Change in Peru as a field course that would visit his research stations and communities of coffee farmers who are affected by many aspects of climate change. We did not enroll quite enough students to carry out the course, but we will try again to offer it in the near future.

Posted by James Hayes-Bohanan at 11:47 AM