São Paulo has legendary traffic, which can be avoided in three ways: subway, helicopter, and motorcycle. I was probably in the city six times before I knew it even had a subway, and when I rode it, crowding was minimal, though admittedly I was there very off-peak. Helicopters are pricey.

For quick delivery of packages, then, "motoboys" are the answer. Sitting in traffic with a friend in October 2008, I was amazed by their frequency. On an earlier trip, I had actually seen a motoboy pivot his cycle by grabbing the bumper of a delivery truck. A friend whose sister is an emergency-room physician in the city sees these young drivers all the time. But she is a Paulista who needs to get around quickly, so she herself gets to work on a motorcycle. 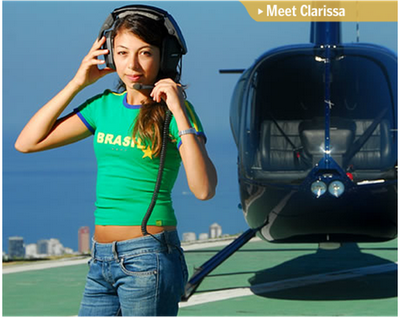 The helicopters are expensive, but increasingly common for executives whose companies can justify the expense by comparing the cost of flights to their hourly wages. São Paulo is a city of high rises -- much bigger than Manhatten, for example -- and every one of them is topped with a helipad. The Discovery Atlas program Brazil Revealed is a great survey of the cultural geography of Brazil that includes the story of Clarissa Pinheiro Pereira, a young pilot who is among the very few women pursuing the highest levels of professional pilot licensure.

I was thinking about São Paulo this morning because of something I learned last night from Morgan Spurlock's new film The Greatest Movie Ever Sold, in which the Supersize Me veteran immerses himself in product placement, as he previously did with McDonald's menus. The result is nearly as toxic, as he documents the way that school budget-cutters have turned over student eyeballs for rental to marketers through Channel One, school bus ads, and the like. But the ray of hope comes from a change in São Paulo that I had somehow missed: outdoor advertising in almost all its forms has disappeared. As one shopkeeper told Spurlock, this has meant refocusing on the quality of products and customer service to attract attention! 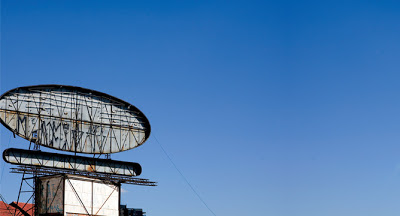 Posted by James Hayes-Bohanan at 6:58 AM