Earlier this week, I’ve shared academic blogs, family blogs, and commercial blogs to which I contribute. It is fitting that on this fourth day of BSU Blogfest, when the theme is community, that I should mention a couple of blogs I set up for my community – one for my church and one for the neighborhood in which I live. Both are 365-day-a-year communities that are distinct from my work at BSU, but both are also intertwined with BSU in various ways. I will mention a third community blog, linking BSU (BSC at the time) to Haiti.

About a decade ago, I created a web site for my church – First Parish Church Unitarian-Universalist, Bridgewater. It worked pretty well, but as the church got busier, I found I was the bottleneck for any information going online, and as my responsibilities at the college grew, I neglected the church web site, until eventually a fellow parishioner took it over (for which I’m still grateful). The congregation is small but terribly busy, and eventually it became clear that a web site with a “web master” was not an effective way to keep information about the church and its doing up to date. Enter the blog: with the permission of our Parish Committee (essentially, our volunteer board), I staked out some space on Blogspot.  I invested some time up-front to overcome one of the major difficulties with this type of blog: if it does not have content, nobody will read it. But if nobody is reading it, the motivation to add content is reduced. So I took a leap of faith and posted a lot of articles for very few readers. The blog has not exactly “taken off” yet, but it does seem to have reached a critical mass. More important than the number of readers at this point is the number of blog authors – I still do more than half the posting, but other church leaders are starting to post as well, so I am confident this will become a solid forum for – and window into – our church community.

I have the great privilege – more-than-occasional annoyance of living adjacent to the BSU campus. We chose this location quite deliberately, as we have almost always lived within a mile or two of work, and the ability for both adults in a family to walk to work is all-too rare in these days of sprawl. The benefits are many and the problems – in our opinion – are solvable if effective communication and cooperation strategies are used. Our blog – more active in warm seasons than cold – is a proverbial example of attempting to accentuate the positive and eliminate the negative.  There is plenty of each to work on! 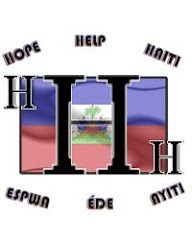 I was in Nicaragua with students – including a Haitin-American student – when the horrors of Haiti’s earthquake became known last year. Other BSC/U students were in Belize, both groups on the other side of Haiti from our home base. Because of the amazing proliferation of internet and phone technologies, the two groups – each of which included students who had traveled on the other trip the previous year – started to hatch plans for doing something about the disaster.  When we got back to campus, the ideas and connections campus- and community-wide grew, leading to a blog that ended up being relatively short-lived in its active use. The Help. Hope. Haiti. project won an Impact Award last year, and more importantly raised thousands of dollars and educated hundreds of community members about the many realities of 2010 Haiti.

Readers who got here from a BSU Blogfest link might be seeing only this post. If so, please explore the archives of over 300 articles, most with photos, maps, and or links to still more information! Meanwhile, I invite readers to read my thoughts on today’s theme: the BSU community itself.
In what ways is BSU a community?  In what ways is our community strong and in what ways can it improve? What does “your BSU experience” mean to you?

When I was completing my Ph.D., I applied for very few academic positions. I had a private industry job that I did not consider permanent, but I enjoyed it very much, as my wife enjoyed her library job. Our intention was eventually to move in pursuit of a permanent academic position (or better yet, two such positions), but we were in no rush. I therefore only applied to schools where I could really envision myself working, and could not picture myself spending one extra minute in the cut-throat world of R-1 universities (where I was getting my degree), I mostly looked at smaller colleges. I had attended UMBC when it had about 8,000 students, so I could envision myself at both small and medium-sized schools up to that approximate size.

It may be a cliché to suggest that the relatively small size of the campus – particularly when we arrived in 1997 – contributed to a strong sense of community, but I will suggest it anyway. I felt welcomed and well-connected to various parts of the campus within a very short period of time. Since I began the job days after becoming a father (and months before my wife Pamela began her work on the campus), these connections were especially valuable and continue to be. During my service as department chair, I became even more deeply aware of a number of people on the campus I could count on in difficult situations.

It is also a cliché to suggest that the growth of a campus makes connections and community more difficult. I do not actually believe that, at least not in simple terms. Certainly, growing size means knowing relatively fewer colleagues or classmates well. What is more important is the sense of mission – of wanting to contribute. That is still quite strong here, perhaps even stronger than when I arrived, as being here is far less likely to occur by accident or default than it once was. BSU is populated mainly by people who want to be here, and who want to do the best learning they can. As with the Haiti example above, I am constantly impressed by – and energized by – most of our students.

Sadly, the word “most” is necessary – and this is the area for continued improvement. Most students, faculty, and staff members are at BSU because they have chosen to be, and it is reflected in the respect, commitment, and patience they exhibit.  For me, it remains difficult to understand what to do with the outliers – people who seem to have arrived by mistake. In some cases, these folks simply do not contribute much, but in others, they actually undermine the contributions of others.

As somebody who resides in the broader community just outside the campus, I see this as one of the biggest challenges we face. For many people in the town and region, the university is defined by the two percent or so who routinely disrespect the neighborhood in which the campus is situated. The importance of this is not entirely visible from within the campus community itself, but from the outside it is glaring. It is for that reason that much of my work involves making the residential community visible to students and making the positive contributions of students visible to the residential community. And fostering those connections is where I think my own most important contributions take place.

(Note: I had suggested to BSU Blogfest participants that today’s blog would explain why I think everyone should watch a particular Terry Gilliam movie. I was mistaken: today’s discussion is building toward that movie connection, but the full discussion will better fit the theme of Day 5: the future. All will be revealed then!)

Posted by James Hayes-Bohanan at 12:32 AM