As reported by Christopher Ingraham of the Washington Post blog and others, the presidential campaign of Dr. Ben Carson briefly aired a map that seriously scrambled the New England states. 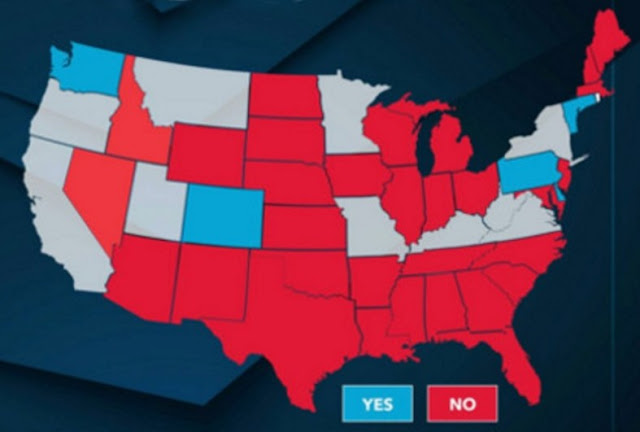 Mashable blogger Max Knoblauch zooms in to show the trade-offs implied by the creative cartography of the Carson team, and he has some fun with the imaginary lands that would result. 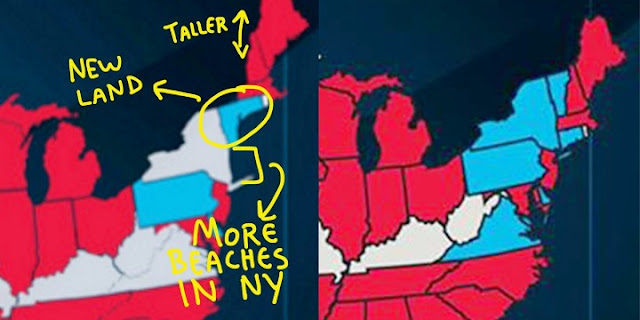 It took me a while to figure out exactly what had gone awry here. The designer actually kept five of the New England states together, but keeps only Vermont in its correct position relative to New York. The rest is moved northeast, so that Connecticut borders northern Vermont. On both maps above, eastern Rhode Island and southeastern Massachusetts get a bit of a haircut.
As Ingraham's article indicates, it is just in time for Geography Awareness Week, and it is also the case that Dr. Carson's team is far from alone: geographic illiteracy is rampant.
Our late, great friend Harm de Blij used to write 1,000 letters each year to media outlets that had published geographically erroneous maps or text.
In Massachusetts, the Massachusetts Geographic Alliances and allies in the state legislature -- from both major parties -- are trying to improve on the situation. A geography bill currently under consideration would create a commission to examine ways to restore geography in the curriculum and in teacher preparation. Both were cut about 15 years ago, so that it is rare to find a high-school geography teacher in Massachusetts, and it is essentially illegal to become one.

Incidentally, the purpose of Dr. Carson's map is to promote the idea of closing the U.S. to refugees, a common reaction that I address in another post: Land of the Free and Home of the Cafe.

Posted by James Hayes-Bohanan at 3:47 AM