Back to Nicaragua -- Day 2 Leon

Our first full day in Nicaragua was full of learning and adventure. In the morning, we visited the office and two projects of the Polus Center, a Massachusetts based NGO that assists and empowers people with disabilities. 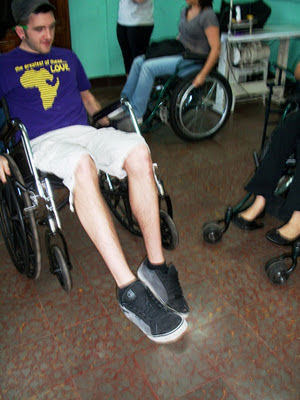 The first project we visited is PLUSAA, which produces custom-made wheelchairs and other mobility-assistance equipment. The program sources all of its parts domestically. This commitment minimizes costs and facilitating repairs. 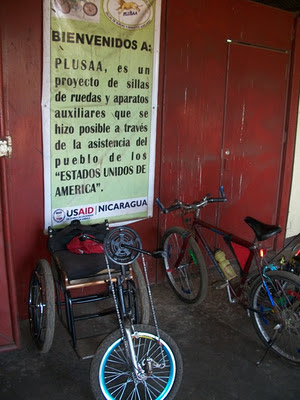 We also visited the prosthetic/orthotic clinic Walking Unidos. Like PLUSAA, Walking Unidos provides physical services, but more importantly, both organizations are staffed by people who themselves live and work with disabilities and can therefore help with emotional and social habilitation.

After lunch, we visited Cerro Negro, the world's second-youngest volcano. At 160 years old, only Mexico's Paricutin is younger. 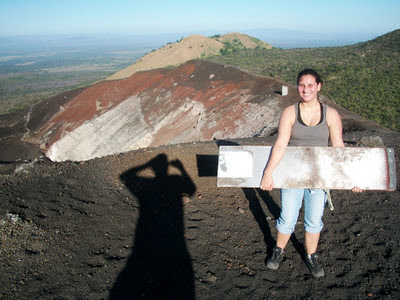 Cerro Negro has erupted at least 20 times since it first emerged in 1850, including three significant eruptions in the 1990s. The steaming caldera is impressive, and relatively high winds require careful footing around its edge. This was my fourth visit to Cerro Negro, and I was determined to try the sandboarding. I think I'm going to make it a habit now! 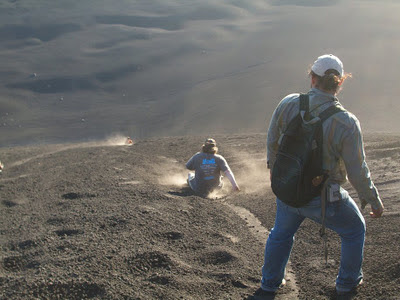 Pam joined me for the journey this time, and climbed Cerro Negro. She "walked" down rather than take the sandboard, following the very steep trail in the rear of the photo below. It was just about as arduous as the boarding, but both of us managed well! 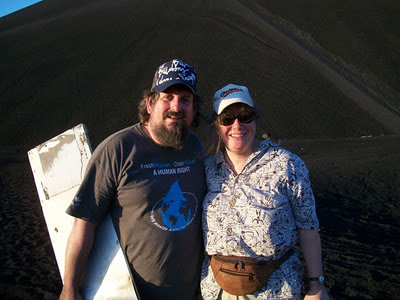 Posted by James Hayes-Bohanan at 9:21 AM