Back to Nicaragua -- Day 6 Jinotega 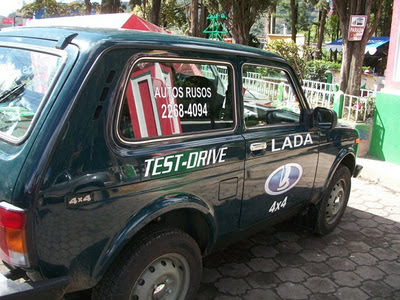 After another delicious breakfast at Selva Negra, we set off on the next leg of our journey, into the heart of the northern state of Jinotega. Our first stop was the small city of the same name, with its charming central square. Parked on the square was a vehicle I found rather unusual. On Nicaragua’s highways, it is still common to see some of the monstrously large Russian dump trucks that date to the revolutionary period from 1979 through the mid 1980s. And though Cuba is still full of Lada passenger cars from the same period, this Russian economy box is not at all common in Nicaragua. I was therefore quite surprised to see a NEW Lada on the central square of Jinotega, much less one bearing signs for a Lada dealership. 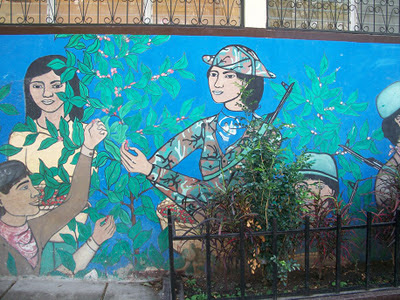 More interesting are the many examples of cultural and political public art in Jinotega, especially those celebrating women. In addition to murals depicting women as both warriors and farmers, a statue honors breast-feeding. As in the United States, this most natural act is sometimes seen as transgressive, and in fact the mother-and-child statue has been subject to vandalism. 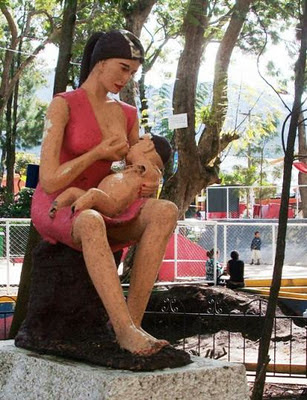 Much of the rest of the day was spent on the short but arduous drive to the forest reserve at Peñas Blancas (White Cliffs), where we spent three hours on a hike to its most amazing waterfall. The path is steep and wet, but well maintained, so the climb was strenuous but for the most part feasible. 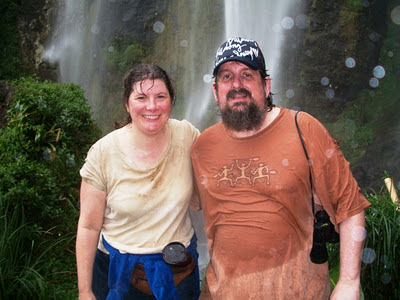 After cleaning up from the climb, we enjoyed a dinner prepared by the community and some free time with each other and with the children. Everry group of students has found that coloring and simple games with children are among the best ways to participate in the communities we visit. 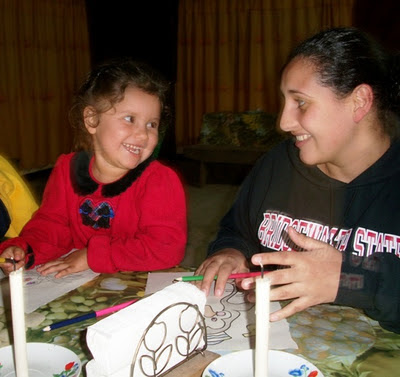 Posted by James Hayes-Bohanan at 3:26 PM