Back to Nicaragua -- Day 7 El Cua-Bocay

The main reason we have begun including Peñas Blancas on the study tour is that it provides access to the hydroelectric projects of northern Jinotega that the American engineer Benjamin Linder was developing when he was assassinated in 1987. In El Cuá, we stopped only for gasoline and some snacks. The largest grocery store in this small town reminds me very much of the corner groceries found in the United States nearly a century ago, and featured in a book that is my leisure reading on this trip, Marc Levinson’s The Great A & P. Most of the stock is behind a counter, and is brought to the customer by the clerks. 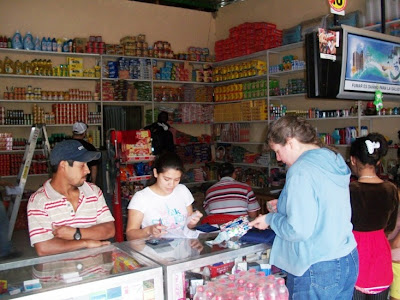 From El Cuá, we headed to Bocay, where Ben Linder’s legacy is very much alive, both in memorials and in a number of development projects. Our guide Freddy brought a photo out of the project office, which depicts Linder at a campus in the United States, protesting the Contra War and riding his trademark unicycle. 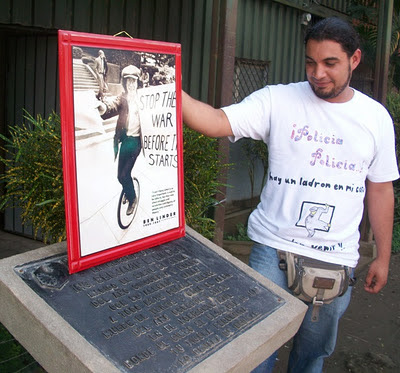 Cua-Bocay ProjectIn Memory of Engineer Benjamin Linder
Born July 7 in the Year 1959
With his joy and courage he moved all of these people.
He died on April 28 in the Year 1987
In the Blue Horizon, where Heaven kisses the Sea.
His small figure will never cease to shine.

As with the 2011 study group, we visited the hydroelectric plant for which Linder was making field measurements when he was killed. The turbine continues to power the entire town of Bocay, and its building is now decorated with a vibrant mural celebrating Linder. 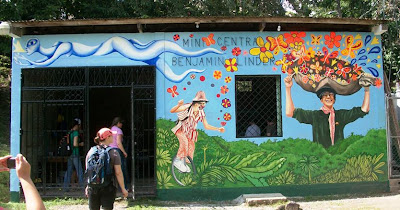 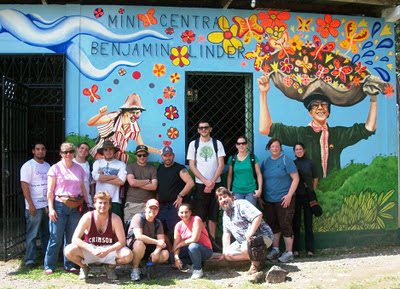 I was most interested in visiting the reservoir that in turn powers the turbine. Our schedule had not allowed such a visit in 2011, so we allowed extra time this year. We were surprised to learn that although it is a short distance away, the journey was even more difficult than the waterfall hike of the previous day. A single turbine delivers a remarkable amount of power from a small reservoir connected by a single, eight-inch pipe. The reason it works so well is the great potential energy of water positioned a full 800 feet above the turbine. Connected by a wide but slippery path, it is today an arduous climb. 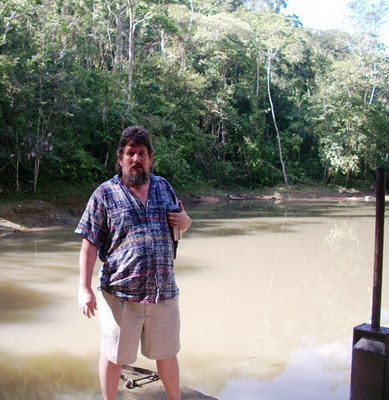 When Linder was making his measurements, of course, the road was not yet provided. He and two Nicaraguan co-workers -- Sergio Hernández and Pablo Rosales -- were killed just 100 meters beyond the eventual site of the reservoir. His death – two weeks before Pam and I were married – helped to galvanize opposition to the covert support the United States was providing to the Contras, and contributed to the ending of that very destructive war. The story is told in the film American/Sandinista and in Joan Kruckewitt’s book The Death of Ben Linder, and I have included several tributes on my Ben Linder Cafe page.

Although I found the journey to these historic sites rewarding, we agreed that the climb to the reservoir -- even for those who did make it -- was more than we need to include in future tours. Fortunately, our guide was able to find enough information about related facilities in El Cuá, which will allow us to learn about that ongoing work while expanding the portion of the trip we dedicate to the study of cacao.
Posted by James Hayes-Bohanan at 6:34 PM