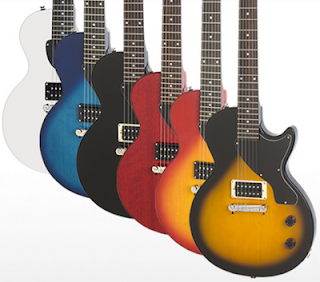 When we think of music, we do not always think of the stuff that makes it possible. A Gibson guitar, for example, is as much an idea as an object. (See the wonderful film Herb & Dorothy for an exploration of this approach to art.) Even a Les Paul guitar, however, comes from somewhere, and efforts to ensure the social and ecological sustainability of timber harvesting in those distant "somewheres" has created a cultural and political backlash, according to Bruce Gellerman's report on efforts to undermine the Lacey Act.

Another segment on the same broadcast of Living on Earth reports that the American Academy of Arts and Sciences now recognizes the importance of integrating social science with STEM (science, technology, engineering, and math) disciplines if progress on environmental problems is to move from academic circles to the real world. Fortunately, the National Science Foundation has been recognizing such a need over the past several years and has expanded NSF geography programs within its Division of Behavioral and Cognitive Sciences -- not a perfect fit, but one that is helping others to understand how geography does connect to many other fields.

Posted by James Hayes-Bohanan at 11:23 AM