Where are the Humans? 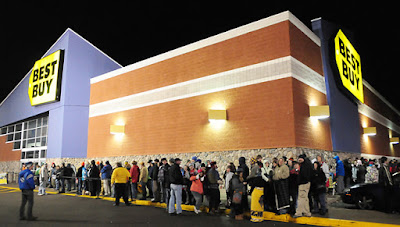 It is hard to know what counts as a human being any more. As the Occupeligo has helped a much broader part of the population understand, it is not necessary to be a person at all, in order to be human, as many corporations could tell you. If they were people, that is.

As I wrote in my Human Sieve post last year, an increasingly greedy and xenophobic nation wants the labor of immigrants but not the immigrants themselves. Though most Americans do not yet take this as far as Mitt Romney has, there is a growing interest in narrowing the definitions of "person" or "citizen" to include only one's self and one's closest associates.

I was a fan of the Saturn car company from its inception to its untimely demise, only because it seemed genuinely to be working toward human-to-human relationships among people with many different roles, from designing and assembling the cars to selling and buying them. A formative experience for me, in fact, was watching a Saturn training video in which a man explained that he was so glad to have come to Saturn from a previous employer (another General Motors division) where he was "hired from the neck down." At Saturn, he brought not only his arms, legs, and back to work, but his mind and soul as well. Unfortunately, the room for such a brand in the GM stable appears to have been limited.

Just as it can be disheartening to be considered a one-dimensional worker, so, too, is it problematic to be thought of solely as a consumer. At some point after World War II, consumerism grew from being simply a lot of consumption into being a genuine -ism, which is to say a world view that is wrapped around consumption.

At some point the meaning of "shopping for the holidays" shifted -- for an alarming number of people -- from "shopping as part of the preparation for enjoying the holidays" to "shopping as a holiday." When the shift from "person" to "consumer" has gone this far, it has in fact gone too far.

As with many things in the U.S. these days, the trend seems to be bifurcating. Despite an economy that is foundering and environmental systems that are becoming unraveled, many people find themselves in a race to consume ever-more stuff, though they might not even have a place to put it all. Others, however, reject the idea that they should participate in their own objectification, and refuse -- as my family has done for two decades -- to purchase anything at all on Thanksgiving or the day after. These are days for feast and famine, and maybe a film and some music, but in our house, the day after Thanksgiving is BUY NOTHING DAY.

All the world is a stage, they say, but we might not even be players. The consumers who choose to play in the arms race of ever-earlier holiday openings and the workers who are forced to play along are more puppet than actor. When the invisible hand of the market is not pleasuring itself under the sheets of the global economy (as Carl Safina has so artfully written), it is busily working the strings of a marionette show whose point is increasingly obscure and whose ticket price is ever-growing.

Posted by James Hayes-Bohanan at 1:01 AM