Sometimes I learn about U.S. music because of my interest in the music of Latin America. I knew nothing of the Black Eyed Peas, for example, until they recorded with Brazilian bossa nova great Sergio Mendes. Thus my "discovery" of Major Lazer comes with a mild sense of déjà vu -- I learned of the group when journalist Michel Martin (whose work I did know) interviewed a fellow known as Diplo about the group's 2016 concert in Havana.


The occasion of the interview was not the concert itself -- it was almost two years ago that 450,000 people turned out for the show on the streets of Havana -- but the rather the release of Give Me Future. I have not yet seen this making-of film, but it reminds me of Buena Vista Social Club, another making-of feature that has deeply shaped my thinking about Cuba and the U.S.-Cuba relationship.
The project unfolded during a period of slowly increasing freedom for U.S. citizens visiting Cuba, but the film is being released as the two governments move closer to a Cold War footing.

Diplo and his fellow artists, of course, have performed an essential service to the people of both countries. As the United States government radically reduces its commitment to formal diplomacy world-wide, the informal diplomacy of people-to-people contact becomes even more important. 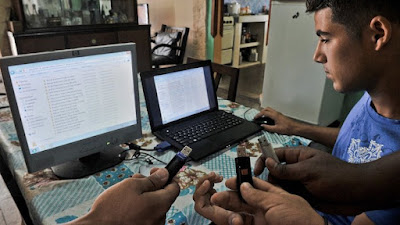 Michel Martin's reporting mentions one fascinating aspect of that contact -- the exchange of paquetes, or "packages" that serve as digests of internet content in a country with very limited connectivity but boundless curiosity. As suggested by the photo that accompanied Carrie Kahn's 2015 reporting, an elaborate, hand-to-hand network is used to distribute content on USB and other physical media.
Until Cubans are have more freedom to travel to the United States, informal diplomacy is limited to the movement of U.S. citizens to Cuba. The freedom of U.S. citizens to travel in Cuba -- and only in Cuba -- is restricted by the 1917 Trading with the Enemy Act, as it has been irregularly applied since the Kennedy Administration. My favorite librarian describes this context and her own experience as a citizen-diplomat in Travels with Tom: Trading with the Enemy, about her 2013 visit to Havana. 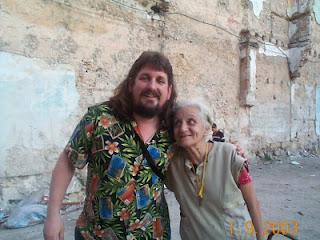 The most poignant moment in my 2003 visit was the realization that at least some Cubans believed that U.S. citizens were afraid to visit their country. We learned this from a delightful woman who was old enough to have remembered the heyday of U.S. tourism. Her eyes glistened as she imagined us returning in numbers "como antes" -- like before.

Posted by James Hayes-Bohanan at 9:13 PM