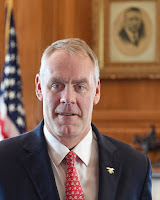 The most important qualification for most Cabinet-level appointments in the current administration has been hostility toward the mission of the department or agency to be led, and to the implementation of policies that the Congress has assigned.

In most respects, Interior Secretary Ryan Zinke has fit this mold. As the most anti-stewardship steward of public lands since James Watt, he has been good company for secretaries of State, Education, Environmental Protection who have a similar antipathy toward the programs with which they have been intrusted by an administration that values only chaos and a Senate that does not value its advisory duties.

This post, however, is not about Secretary Zinke's failures to protect Bears Ears, or whether he shares the libertarian fringe's fear of "massive federal land grabs." Rather, it is this counter-intuitive story about Sec. Zinke's support of a new National Monument that would provide added protection to federal lands in his home state of Montana.

Reporter Nate Hegyi sought further information on the various ways in which Zinke supports land protection in his home state, but could get a comment from the secretary or his spokesman. In the current administration, it seems, a cabinet secretary must be very careful to avoid seeming to support the work he or she was hired to undermine. If only we could get him interested in taking a similar position on the 96 percent of the United States that is not in Montana!

The story is an example of the well-known NIMBY phenomenon -- support for noxious facilities or damaging practices in the abstract evaporates when a proposal is close to home: "Not In My BackYard" is the hypocrite's refrain.

Despite the dubious personal ethics revealed by this story, it does provide a glimmer of hope for those who care about environmental protection. Although he will not yet say so, Secretary Zinke seems to understand that scorched-earth environmental policies -- if applied on Native American or other public lands inside Montana -- would reduce his chances of being elected governor of the Big Sky state in the future. Profiles in Courage this is not, but it does suggest that at some level, people in the West do still want land and water and sky protected.

According to a June 1 Washington Post report, the superintendent of Yellowstone National Park -- considered by many to be the crown jewel of the system -- is retiring early. Daniel Wenk is highly respected by those across the political spectrum for his professionalism and his commitment to wildlife and public lands.

He has served the National Park Service for 43 years, so his retirement at age 66 is not necessarily surprising, but according to journalist Darryl Fears, the timing of his retirement has to do with a punitive reassignment to Washington, D.C.

As an individual, of course, Superintendent Wenk will be alright. He is presumably retiring with full benefits. But he is just one of 37 senior officials in the Department of Interior that the new secretary has rushed to reassign or remove. This of course belies the "drain the swamp" rhetoric that brought the current administration into Washington.

Posted by James Hayes-Bohanan at 10:39 PM