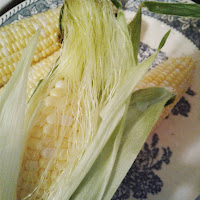 Recent discussions about trade have included an odd discussion of whether it was Mexico or the United States got the better of the other in the 1994 North American Free Trade Agreement (which also, of course, includes Canada). My main concerns with NAFTA -- and with the even more comprehensive World Trade Organization (WTO) agreement -- had to do with the likelihood that they would weaken labor and environmental protections.

The increase in trade -- and the vulnerability of workers to distant competitors -- was already underway before NAFTA went into effect, and it is difficult to know how much the agreement contributed to the downward spiral in the compensation and protection of workers. But that spiral does continue, and the corn farmers of Mexico continue to be among those most adversely affected.

This short report by journalists Todd Zwillich and Franc Contreras puts the opposition of these farmers in the century-old context of the conflict that led to the modern Mexican state.

As the trailer suggests, the filmmakers were initially most interested in the insidious penetration of corn into the diet and the deleterious effect of simplified carbohydrates on public health. In the process of pursuing that story, however, they also learned how large-scale corn growers came to dominate the political sphere.

Another film that is essential for understanding the inadequate representation of small-scale farmers at trade negotiations is Black Gold. Its focus is on coffee, but several important scenes explain the trade milieu that works to the disadvantage of small farmers across the globe. I have written more extensively about both films (which are available in various formats) in Nuts Have a Geography, Too (2014) and Cups and Summits (2012). Those posts are a few years old now, and the films a few years older than that, but the basic arrangements have not changed.

Posted by James Hayes-Bohanan at 12:52 PM